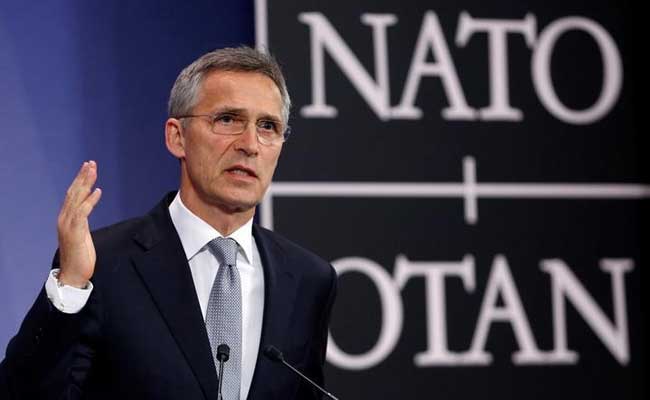 NATO Secretary General Jens Stoltenberg on Tuesday flagged China’s assertive moves such as coercing neighbours in the region and hampering freedom of navigation in the South China Sea, while asserting that the transatlantic military alliance is a key platform to forge convergence on responding to the security implications of a rising China.

In his virtual address at the Raisina Dialogue, Stoltenberg also said India is a “pivotal player” in the Indo-Pacific region and asserted there is a huge potential for NATO to work with the country in different ways without being part of an integrated military cooperation.

“India is a pivotal player in the Indo-Pacific region. It is also an important and active international actor. You are one of the largest troop contributors to United Nations peacekeeping missions. Currently, a member of the UN Security Council. And you will hold the G20 presidency in 2023,” he said, adding that India “truly matters” on the global scene.

Noting that the rise of China is a defining global issue which has implications for all, Stoltenberg said there are opportunities that come with China’s rise.

China has lifted millions out of poverty, brought economic growth and prosperity, and it is an important trade and investment partner to many NATO countries, he noted.

China will soon have the biggest economy in the world, it is a permanent member of the UN Security Council and therefore it is “instrumental in dealing with issues of our time” — from global governance to international trade and climate change, he said.

“That is why at NATO, we engage with China. In the past, we have cooperated in fighting piracy off the coast of Somalia. And there are areas where China can play a constructive role to our mutual benefit. From peace and stability in Afghanistan, to negotiating arms control arrangements,” Stoltenberg said.

“But we must be clear-headed about the challenges that come with China”s rise,” he added.

China is matching its military power to its economic power, it has tripled its military expenditure over the last decade, now has the world”s second largest defence budget, and it continues to invest massively in military modernisation, he said.

“At the same time, China does not share our values. It persecutes ethnic and religious minorities, such as the Uighurs, suppresses human rights in Hong Kong and it is using new and advanced technology to monitor and control its own people, creating state surveillance without precedent,” the NATO Secretary General said.

“We have also seen more assertive moves by Beijing, to challenge the rules-based international order. It is openly threatening Taiwan, coercing neighbours in the region and hampering freedom of navigation in the South China Sea,” he said.

Asserting that China’s rise has “real implications on our security”, Stoltenberg said NATO is, and will remain, a regional alliance for Europe and North America.

“But China is coming closer to us. And this requires our collective attention and action,” he said.

NATO is a key platform to forge convergence on responding to the security implications of a rising China, Stoltenberg said.