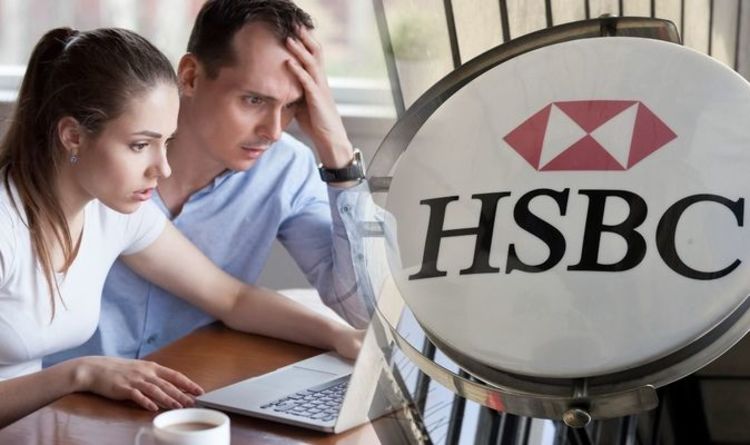 HSBC has warned Black Friday, which occurs on November 26, is the perfect time for consumers to grab a bargain, but the dangers of falling victim to a purchase scam grows year-on-year. One specific type of scam has allowed millions to be stolen from unsuspecting consumers.

Purchase scams, where fraudsters trick shoppers into paying in advance for goods or services that are never received, are the most common form of APP scam affecting HSBC customers. For 2021, 6,218 cases have been reported thus far.

HSBC explained purchase scams increased by 17 percent in August 2021 compared with August last year, although less scams are being reported in the last few months compared to the start of 2021

David Callington, Head of Fraud at HSBC UK, commented: “Fraudsters can put consumers under their spell and make them think they are giving out personal or financial information for a legitimate reason. If a deal looks too good to be true – it probably is. Use secure payment methods and only buy from sites you trust.

READ MORE: Facebook scammers getting ‘bolder’ as carer is targeted through job ad

Scam capital of the world

Unfortunately, Britain was recently subbed the “bank scam capital of the world” after UK Finance showed a total of £753.9million was stolen from savers in the first half of 2021. This was an increase of 30 percent when compared to the same period in 2020.

While the advanced security systems used by banks prevented a further £736 million from being taken, UK Finance warned: “The pandemic has seen an evolution in fraud as criminals continuously look for new ways to target potential victims.”

UK Finance also warned on the worrying rise of APP scams, as it continued: “Over the previous editions, our reports showed the largest fraud losses were due to unauthorised fraud committed using payment cards. However, in the first half of 2021, criminals focused their activity on authorised push payment (APP) fraud, where the customer is tricked into authorising a payment to an account controlled by a criminal.

“Using tactics such as scam phone calls, text messages and emails, as well as fake websites and social media posts, criminals seek to trick people into handing over personal details and passwords. This information is then used to target victims and convince them to authorise payments.”

Recent analysis from Which? showed victims of fraud can suffer in more ways than one. According to the consumer group, the cost to scam victims’ wellbeing can be calculated at a monetary total of £9.3billion a year. This is the equivalent of £2,509 a year for each victim, but the impact may be higher for someone targeted by online fraud.

Which? noted the financial cost of fraud typically reaches £600.

Rocio Concha, Which? director of policy and advocacy, commented on the findings: “This brings home the scale of the emotional and psychological harm that victims suffer when they are defrauded.

“The Government must not ignore the huge impact an epidemic of fraud is having on our society.”

Ms Concha will be presenting the findings to MPs on the Draft Online Safety Bill Joint Committee on Monday.This draft Bill is currently making its way through Parliament but many experts have warned it is not comprehensive enough. Many consumer champions, such as Martin Lewis, have warned the bill omits certain types of fraud such as investment scams.

Many expect internet giants to have a hand in combating fraud and in late September, a Treasury Committee questioned Google and Facebook on their plans. Following this, Debbie Barton, financial crime prevention expert at Quilter, commented on the outcome.

“With so many politicians and organisations saying exactly the same thing – that the Online Safety Bill must include paid for advertising and cloned websites – the onus was really on the tech companies to explain exactly why this change is unnecessary,” she said.

“But what was abundantly clear from the evidence presented to the Treasury Committee today is that the tech companies didn’t really have an answer to why advert scams and cloned website scams shouldn’t be included in the Bill alongside user-generated content.

“On the day that UK Finance reported a 30 percent increase in fraud in the UK, consumers across the UK would have been looking for assurances from the tech companies that they are serious about eradicating the threat of online fraud – and working together with other tech companies to share intelligence on known scammers. But it’s clear that no such coordination is taking place.

“Awareness raising through advertising credits and media campaigns is certainly a positive, and should absolutely be a tool in the regulator’s arsenal for clamping down on online fraud. But this doesn’t tackle the root cause of the harm, which is the fact that fraudsters are able to sell their fraudulent wares in the wild west of digital advertising, with virtually no regulatory measures in place to protect consumers or sanctions on those tech firms that allow bad apples to slip through the net.”