Hrithik Roshan, Sussane Khan And Kunal Kapoor Have Been “Friends Through The Years” 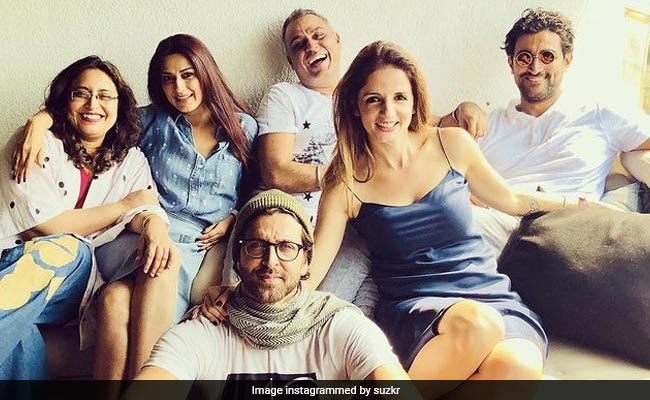 Hrithik Roshan, Sussanne Khan and Kunal Kapoor have been friends for a long, long time. On Kunal Kapoor’s 44th birthday on Monday, both Hrithik and Sussanne wished the actor in their own style. Sussanne Khan shared a throwback and a relatively recent picture with the birthday boy. The picture also features her ex-husband  Hrithik Roshan, friends Sonali Bendre, Naina Bachchan and a couple of other friends. Sussanne captioned the post: “Happy happiest birthday my dear Kuns… Wish you and Nains (Naina Bachchan) the very best of life’s blessings. Love and the greatest achievements.” She added the hashtag #friendsthroughtheyears to her post. In the comments, Kunal wrote: “Thank you sweetheart. Lots of love always.” 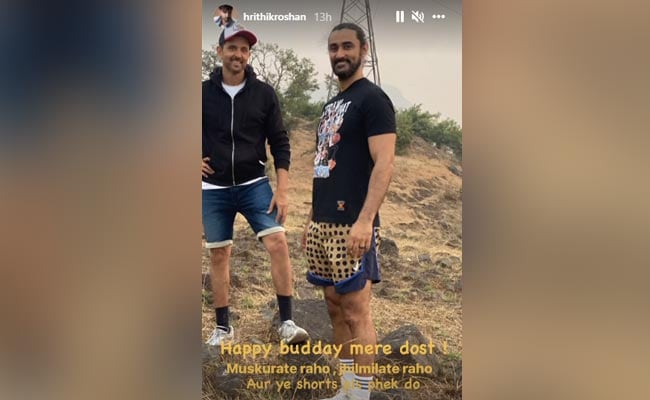 Sussanne Khan and Hrithik Roshan got married in the year 2000 and they got divorced in 2014. They are parents to sons Hrehaan and Hridhaan. Last year, Sussanne moved in with Hrithik so that the kids could be with both parents during the lockdown. They frequently shared posts from their fam-jam sessions together. Sussanne is reportedly dating actor Arslan Goni.

In terms of work, Hrithik Roshan, on his birthday in January this year, announced his new project, a film co-starring Deepika Padukone, which is titled Fighter. More details about the film are awaited. He was last seen in the blockbuster hit War, co-starring Tiger Shroff and Vaani Kapoor. The same year, he also starred in the film Super 30, which released in 2019.