How much is the Queen’s Coronation crown worth? Value of St Edward’s Crown uncovered 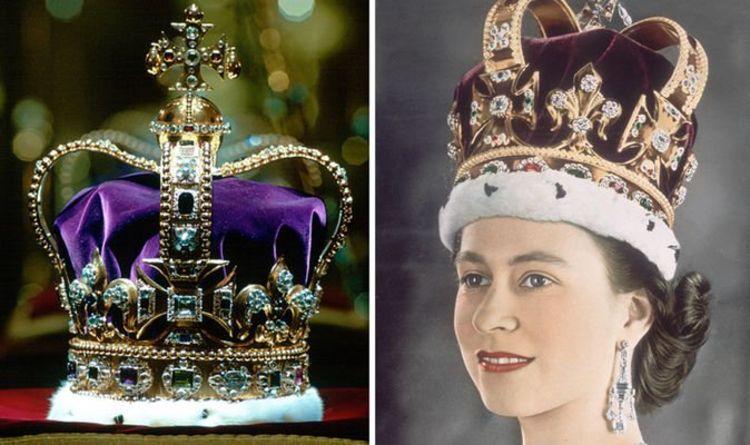 The Queen has an impressive collection of jewels and crowns, one of which is the St Edward’s Crown, the crown which is used for royal coronations. It is a highly decorated piece with hundreds of gems, so how much is it worth?

St Edward’s Crown is the crown that is used at the moment of coronation.

It was originally made for Charles II back in 1661, as a replacement for the medieval crown which had been melted down in 1649 by the Parliamentarians.

The second version of the crown was commissioned from the Royal Goldsmith, Robert Vyner, in 1661.

It is not an exact replica of the original medieval design, but it follows it as it has four crosses-pattée and four fleurs-de-lis, and two arches.

As for how the crown is made, it has a solid gold frame set with semi-precious stones, including rubies, amethysts, sapphires, garnet, topazes and tourmalines.

The crown also has a velvet cap with an ermine band.

St Edward’s Crown is part of The Crown Jewels collection which has been sitting in the Tower of London for over 600 years.

Each year, the collection attracts over 30 million visitors – they are arguably the most visited objects in Britain.

Here is the composition of the Queen’s crown: