The Canadian filmmaker is well aware trans folks featured in the genre often haven’t been involved in a key way behind the lens, or as part of the creative process. So he often wonders, “Who gets to tell which stories, why, and from what place? And why does it matter?”

It’s a framework that led Joynt to the story covered in his latest documentary, “Framing Agnes,” which explores long-buried case files involving transgender people in a 1950s study led by sociologist Harold Garfinkel at UCLA.

The film screens Thursdayat the Hot Docs festival in Toronto and is available forstreaming via Hot Docs at Home.

The documentary centres the pseudonymous Agnes Torres, a young trans woman who participated in Garfinkel’s study in order to get the gender-affirming care she needed.

For years, hers was considered an anomalous case — until Joynt, along with sociology professor Kristen Schilt, stumbled into Torres’s interviews from the study,along with eight other case files that proved she was far from alone.

By examining these stories through the lens of the trans community, Joynt’s hope is to share these unheard stories and grant them a contemporary historical context.

“We know, as minoritized subjects, that our histories are often buried and erased by systemically racist and exclusionary institutional practices and protocols,” says the director in an interview from his Toronto home. “So what does it mean when Agnes lives in the hands and experiences of trans people?”

In Joynt’sgenre-defying work, it means bringing these people to life in a far more vivid way — quite literally, at least in cinematic terms.

The director hired a cast of trans talents, including actresses and advocates Zackary Drucker, Angelica Ross and Jen Richards, to reenact the conversations from those very case files in talk-show format, all while playing Garfinkel himself.

These scenes are interspersed with the actors speaking about their own real-life experiences, exuding the very sense of community those early representations of transness sorely lacked.

“It was critical to invite trans artists to (participate) because they are already people who are thinking about what it means to be a trans person in public and what it means to have their narratives and their lives filtered through various media filters,” says Joynt.

He maintained a “rigorous” form of accountability throughout production, taking great care to incorporate the opinions of those involved, particularly transgender history professor Jules Gill-Peterson, who serves as an on-screen interlocutor to guide viewers through the complexity of the ideas and issues being presented. It led to him writing the film all the way up until editing began.

“I am readily aware of the power that I have as a documentary-maker and as the person that people onscreen are trusting to make these choices,” he says, dubbing the “Framing Agnes” process “a real reckoning with authorship.”

It’s a labour of love that has spanned nearly a decade, with Joynt having spent years exploring the gender clinic archives, and first making a short film — under the same title — in 2018.

From there, development on the feature began, with editing wrapping at the height of the pandemic. And to quick acclaim: “Framing Agnes” had its world premiere at the 2022 Sundance Film Festival, where it was awarded the NEXT Audience Award and the NEXT Innovator Award, and has since been selected by Telefilm Canada’s Talent to Watch program.

As Joynt says, “We are in an extraordinary moment of backlash against the rights of trans and gender-nonconforming people.

“We are in a moment where the media is weaponizing trans life, and so I think we all feel an extraordinary sense of urgency to be very specific at how we articulate ourselves and the stories about our community.”

It also makes his being the only trans director at this year’s Hot Docs lineup a little bittersweet.

“It’s only the first step; the more, the better,” says Joynt.

Because, he adds, “If we’re still in a media market that decides only one trans film should be on the program, we’ve got a long way to go.

“I find a little bit of solace in the fact that our film is stacked with trans stars and luminaries.” 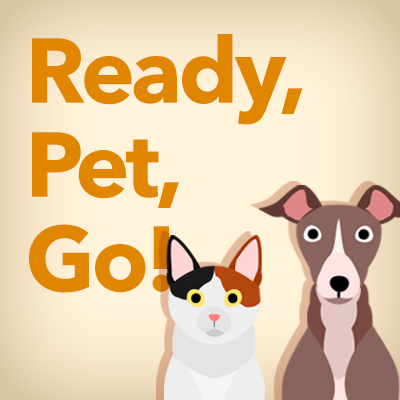 In fact, the director’s trusty motto is “collaboration is the future.” Indeed, as an examination of who gets to tell trans stories beyond the way many have come to know them through the media and medical histories, “Framing Agnes” is a testament to the power of community and its ability to preserve the past and reclaim a cultural narrative.

“Collaboration is an integral component of a community’s survival; (this) is not actually about Agnes, it is not about one person, it’s about all of us,” says Joynt.

“I feel so uninterested in the mode of solo authorship and the director as auteur; it only serves to uphold systems of power and people who already have it.”

As Ross says during the film, trans people are so used to hearing “stories told by the hunter and not the lion.” For Joynt, the goal as a filmmaker is to flip that phrase around and in a way that not only breaks status quo but creative form.

“It’s at the edges of genre where we get to really resist the containers of storytelling that we’ve come to understand and open up new esthetic and narrative possibilities.”

This report by The Canadian Press was first published May 3, 2022.