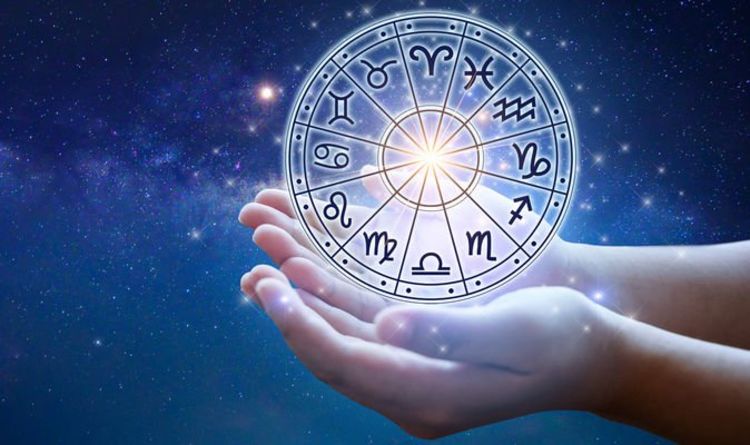 Astrology: Expert explains what your star sign means about you

Railing against cancelled plans will be a waste of valuable energy in early April. Instead of trying to put things back on track, move in a different direction. You’re brimming with great ideas and can easily attract a loyal audience for them during the first half of the month. On the 12th, the New Moon will find you adopting a fashionable look that turns heads.

Don’t be surprised when people who were once indifferent to your charms become passionate interested in you. Clashes with authority could occur in the middle of April; don’t overestimate your power. The Full Moon on the 26th could put strain on an intimate relationship. Resist the urge to put so much emphasis on the physical part of your union.

Solitude is bliss during the opening days of the month. Take this opportunity to daydream, develop creative projects and connect with your spiritual side. The New Moon on the 12th will heighten your intuition; pay careful attention to your dreams. A fabulous concept for a business, service or product could occur to you while sleeping; it would be wise to develop this brainstorm.

Your charisma will skyrocket in mid-April; use it to attract romantic, financial and creative opportunities. On the 26th, the Full Moon warns against making whimsical demands on your partner, or a breakup could be imminent. The final days of April are ideal for getting a radical makeover that turns heads and heightens your allure.

Your social side will be in full evidence at the start of April. It’s important to keep in continual, even if you can’t meet with loved ones personally. Video conferences and online chats will keep your spirits high and creativity flowing. Don’t feel compelled to convert other people to your belief system, though; it’s best to adopt a live and let live approach to work relationships.

On the 12th, you may decide to join a support group or artists’ collective, thanks to the outgoing New Moon. Covering expenses can be challenging during the middle of the month; don’t beat yourself up if you’re struggling. Like the ocean, finances ebb and flow. The Full Moon on the 26th may prompt you to leave a job that bothers your conscience.

Occupying the spotlight will be a good use of your charisma at the start of the month. It’s a great time to go on auditions and job interviews. Stop worrying so much about making a good impression and just be yourself. You’ll get a warm reception for your quirky humour and emotional intelligence.

The New Moon on the 12th could drop a fabulous career opportunity in your lap; don’t hesitate to accept a leadership role. Your social life should sparkle during the middle of the month; if you can’t meet in person, it will be fun connecting with friends via Zoom or FaceTime. On the 26th, the Full Moon will prompt you to abandon a romance or creative project that no longer thrills you.

April begins with a powerful desire to expand your horizons. Scheduling a long-distance trip or enrolling in an advanced course will fill you with excitement. It’s possible your business or romantic partner won’t approve of your plans, fearing they will be a distraction from your relationship. Do your best to reassure your other half of your loyalty.

On the 12th, the New Moon could prompt you to embark on a spiritual journey. You could adopt a belief system or take up a sacred practice. Attending a family reunion in mid-April will be lots more fun than expected. Don’t despair of a career path dries up on the 26th; the Full Moon will connect you with bigger and better professional opportunities.

Passions will be running high at the beginning of the month. If you’re in love, you’ll want to spend every second with your amour. Are you single? You could meet someone special through a competition. Don’t let an authoritarians break your spirit with petty criticism; they’re just threatened by your talent. The New Moon on the 12th could attract a financial windfall.

Use this money to buy a car, computer, or electronic device that makes life easier. A wonderful chance to expand your horizons will arrive soon; let an accomplished teacher take you under their wing. Disappointing news about a family or community matter could reach your ears on the 26th, due to a tense Full Moon.

A close relationship will be a profound source of pleasure at the start of April. If you’re single, you could meet someone special through a cultural, religious, or educational organisation. Do you have a partner? Undertaking an advanced course of study together could draw you closer.

The New Moon on the 12th is ideal for signing a contract, exchanging vows, or entering a creative collaboration. Your finances could pick up during the second half of the month, thanks to an inheritance or legal settlement. Don’t hesitate to spend your additional income on luxury items that appeal to your sensual side. A crisis of conscience could occur on the 26th, due to a conflicted Full Moon. Take the high road in all matters.

Pouring your energy into a fitness regimen will be a great use of your time at the beginning of the month. Having an outlet for your restless energy will be good for you. Without it, you might put too much emphasis on the physical aspect of a romantic relationship.

A demanding but rewarding job will be offered to you near the 12th, thanks to an upbeat New Moon. Not only will you enjoy your duties, but the perks will be great, too. You could find yourself enjoyably immersed in a romantic relationship. If you’re single, ignore your family’s input and pursue the object of your desire. Follow a selfish impulse on the 26th, when the Full Moon shines its light on you.

Horoscope April 2021: Astrology explained – how does it work? (Image: EXPRESS.CO.UK)

Love, romance and adventure will characterise the first half of April. Put responsibility on the back burner and take a few risks; you could use a few thrills. Your best friend, romantic partner or business contact won’t be happy with your wild behaviour, but that shouldn’t stop you from having fun.

On the 12th, the New Moon will urge you to start a creative project that speaks to your heart. Don’t worry about rendering a perfect performance on the first try; just let your ideas flow unchecked. You might attract a lucrative job during the second part of the month; take this opportunity to save some cash. The Full Moon on the 26th may bring a shocking secret to light; brace yourself.

Sticking close to home will make you feel grounded at the beginning of April. Resist the temptation to work overtime during this period; your nearest and dearest need you more. The New Moon on the 12th could prompt you to launch a renovation project; it’s a good time to upgrade your kitchen, bathroom or both.

Alternatively, you might find a better place to live. Love could find you during the middle of the month. If you’re single, your dating profile could get lots of hits. Are you in a relationship? Your amour will have difficulty keeping their hands off you. By the time the Full Moon rises on the 26th, you may grow tired of a social group and leave its ranks.

Horoscope April 2021: Solitude is bliss during the opening days of the month for Taurus (Image: EXPRESS.CO.UK)

Don’t be so quick to turn a casual romance into a serious commitment at the start of the month. It’s best to develop this relationship slowly. The more you know each other, the stronger your bond will become.

The New Moon on the 12th could prompt you take a class or begin a writing project; exercising your intellect will be the priority. Turn a deaf ear to your inner critic during the middle of the month; you don’t want to talk yourself out of a marvellous plan. Moving to a beautiful part of the world is a distinct possibility during the second half of April. On the 26th, the Full Moon may make you question your career path. Be ready to try something different.

Opportunities to increase your income will abound at the beginning of April. Landing a job or contract with a university, hospital, or government agency is a strong possibility. If you’d like to start your own business, the New Moon on the 12th is an ideal time to do so. You could get some start-up cash from a generous relative.

Don’t let peer pressure prompt you to take an undesirable path during the middle of the month; it’s critical to listen to your heart. During the second half of April, you’ll be busy running errands and conducting meetings. The Full Moon on the 26th may bring disappointing news about an application, test, or legal decision; look for the silver lining to this cloud.