Guide to eat right: Here’s why full-fat milk is a healthier choice for weight loss and overall health

Are you someone who’s trying to lose weight or has tried to lose weight in the past? If yes, I am sure you have received some guidelines on eating low-fat, fat-free, or no-fat during the process. Most of the weight loss industry in India is based on avoiding or limiting fat in the daily diet. Decade-old nutrition guidelines created a fear or taboo in people’s minds around eating fat that led them to limit or eliminate high-fat foods including the ones with essential, healthy fats such as nuts, seeds, ghee, whole, or full-fat milk. 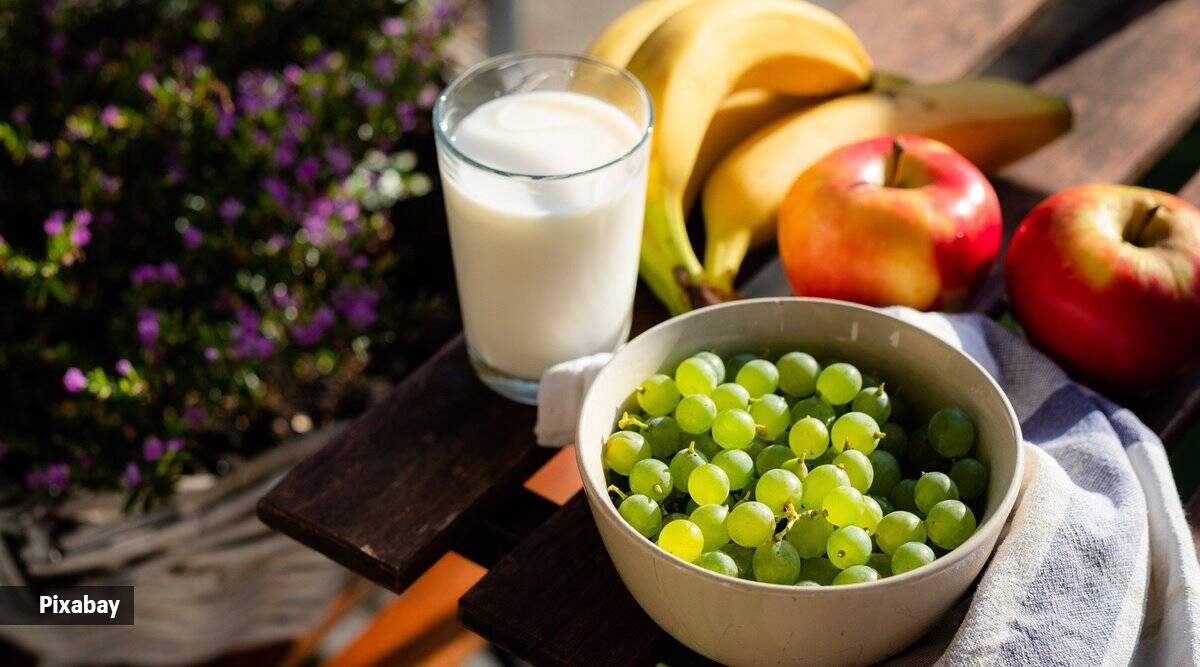 Are you having full-fat milk? (Source: Pixabay)

For years, people have been asked to avoid full-fat milk due to its high saturated fat content. Even in 2021, reputed health bodies such as American Heart Association produced dietary guidelines to improve cardiovascular health or prevent obesity; it asked to consume low-fat or fat-free dairy products instead of the full-fat ones. Current evidence, however, doesn’t comply with these guidelines. It appears skimmed or toned milk may not be the healthiest choice, while full-fat milk may bring more health benefits, contrary to popular belief. Let’s find out how.

The bad rep of full-fat milk, based on assumptions: Conventional nutrition guidelines, formulated around 1977, advised to avoid full-fat milk due to their saturated fat content as saturated fats are supposed to develop heart diseases by elevating cholesterol levels. But there is no scientific evidence to support this connection. An analysis of 21 studies concluded that there is no evidence to link saturated fat with an increased risk of heart diseases. Studies have also found no correlation between saturated fat intake and heart attacks, strokes, etc. In fact, there is scanty evidence available to link dietary cholesterol with blood cholesterol.

Full-fat milk is better for weight loss: Most people steer clear of full-fat milk, believing the fat and calories contained in the milk will lead to weight gain. Research, however, supports the opposite. In a review,11 out of 16 studies showed a positive association between lower risk of obesity and consumption of full-fat milk. A large study involving around 18,400 women reported greater intake of high-fat dairy products was associated with less weight gain.

In a study, involving nearly 20,000 perimenopausal women, Swedish researchers found a 15 per cent lower risk to gain weight among those who consumed at least one serving of whole milk per day than women who consumed no milk or low-fat milk over a period of nine years.

To sum it up, decade-old guidelines that advised to cut down full-fat milk for effective weight loss or better metabolic health aren’t supported by solid scientific evidence. It’s unfortunate that these ‘probable’ guidelines have been followed for several years without any clarification or modification. As a nutrition researcher, I believe in evidence-based nutritional recommendation to guide people in achieving optimum health. In my opinion, it is fairly evident full-fat milk brings multiple health benefits to most people and there is no need to prefer skim milk over full-fat milk to lose weight or ensure better metabolic health. That said, it’s crucial to seek advice from a nutrition expert to plan a customised eating plan.

Next column: Truth about detox juices