Guide to Eat Right: Cutting through the cholesterol confusion

Here, we discuss current scientific evidence to understand the role of dietary cholesterol in elevating blood lipid levels and the risk of heart diseases.

According to National Heart, Lung and Blood Institute (NHLBI), National Institute of Health, US, cholesterol that circulates in the blood is a waxy, fat-like substance, produced by the liver when needed. Dietary cholesterol is found in animal foods, such as meats, liver and other organ meats, full-fat dairy, egg yolks, and shellfish and is absorbed in relatively small amounts. Cholesterol is vital to perform multiple physiological functions, synthesise hormones and Vitamin D.

A systematic review of 40 studies by Samantha Berger and colleagues found consumption of cholesterol-containing foods was not associated with any coronary artery disease, ischemic stroke, or hemorrhagic stroke. 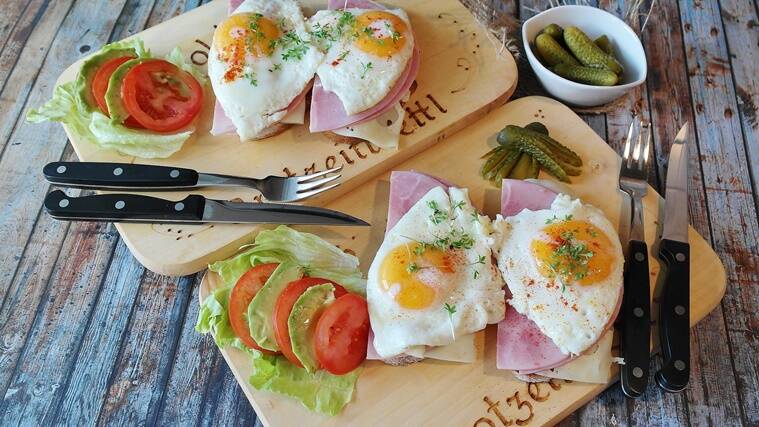 There is lack of scientific evidence that could link eggs with elevated cholesterol levels or increased risk of heart diseases. (Source: pixabay)

Eggs are the powerhouse of nutrition with the presence of all essential amino acids, vitamins, and minerals. A large egg contains about 186 milligrams of cholesterol, but only 1.56 grams of saturated fat. For decades, eggs have been barred from typical high-cholesterol diets due to cholesterol content.

However, there is lack of scientific evidence that could link eggs with elevated cholesterol levels or increased risk of heart diseases. A prospective population-based study included 1032 men aged 42-60 years and assessed their dietary intake from a 4-day food record. The result revealed egg intake was not associated with increased risk of coronary artery disease, even in 32.5 per cent ApoE4 carriers who were highly susceptible individuals.

A very large data published by JAMA involved 37,851 men aged between 40 and 75 years, and 80,082 women aged between 34 and 59 years, and assessed the association between incidence of heart diseases and egg consumption by a food frequency questionnaire. This data concluded that consumption of up to 1 egg per day is not associated with risk of coronary heart disease or stroke among healthy men and women.

On the contrary, multiple researchers found eggs to be lowering the risk of heart diseases. A study by the British Medical Journal analysed eight articles and found that consuming up to one egg per day was not associated with increased risk of coronary heart disease or stroke. In fact, people who ate one egg per day had a 25 per cent lower risk of developing hemorrhagic stroke.

However, egg consumption can increase the risk of cardiovascular disease in people who are already living with diabetes type 2.

Now that we know dietary cholesterol is not the culprit as we have been told earlier, it’s important to understand the risk factors of high blood cholesterol and how to lower cholesterol naturally.

How to lower cholesterol level

Lifestyle modification is proven to be the simplest way to lower cholesterol level:

🍴Losing extra weight is the first step to adopt. Research has revealed that losing just 5 to 10 per cent of existing body weight was linked to lower cholesterol level and decreased the risk of cardiovascular diseases in obese individual.

🍴A whole-food-based nutritious diet is crucial for optimal health. Adding nuts, seeds, legumes, green leafy vegetables, beans, fruits to the daily diet will keep the blood cholesterol level in control. Foods that are high in cholesterol like egg, liver, shellfish are packed with important nutrients and should be included in the daily diet with caution to avoid these for people living with diabetes. A personalised consultation with a certified dietitian is the best course of action to decide frequency of eating, amount of each food and composition of the diet.

🍴Be careful of trans fatty acids. Almost all processed and ultra-processed foods like pizza, cookies, biscuits, instant noodles, French fries, and fried chicken are high in trans fatty acids and increase the risk of heart diseases, a leading cause of death worldwide.