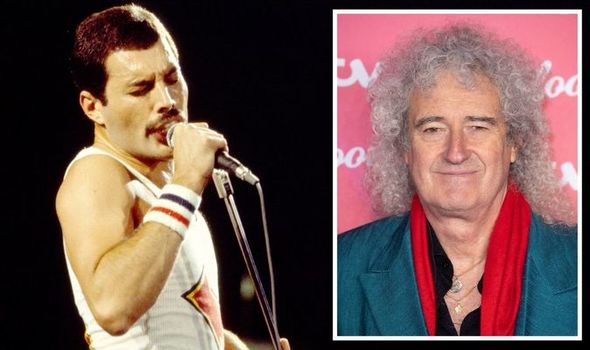 Few people have left a legacy on the music industry quite like Freddie Mercury. He defied the conventions of being a frontman, with his theatrical on-stage persona guiding Queen’s artistic direction. Wednesday marked 30 years since the death of one of the finest musicians to walk the Earth.

He died prematurely aged just 45 due to complications from AIDS, having confirmed the day before his death that he had contracted the disease.

A documentary this weekend looks into the extraordinary chapter of Freddie’s life, and the enormous Freddie Mercury Tribute Concert that Queen staged at Wembley Stadium after his death, both to celebrate his life and challenge the stigmas around HIV and AIDS.

Freddie’s story is told, alongside stories from those who performed at the epic gig, the experiences of those who tested positive for HIV and lost loved ones at the time, as well as medical practitioners who recount the intensity brought about by the AIDS pandemic.

‘Freddie Mercury: The Final Act’ airs on BBC Two on Saturday at 9pm. It will also be available on BBC iPlayer.

The press release confirming his HIV+ status and his subsequent passing the following day saw an outpouring of grief from millions of adoring fans, and catapulted the topic of HIV and AIDS into public consciousness.

Research since Freddie’s death means being HIV+ is no longer a death sentence. Those who contracted the disease can live a normal lifestyle with the right treatment.

Attitudes have changed significantly too, with several public figures coming forward since to reveal they are living with HIV.

In a 2017 interview, Queen’s lead guitarist Brian May said he is “sure” that Freddie would still be here today had a life-saving treatment arrived “just a few months earlier”.

Speaking to the Sunday Times magazine, he recalled: “The problem was actually his foot, and tragically there was very little left of it.

“Once, he showed it to us at dinner. And he said, ‘Oh Brian, I’m sorry I’ve upset you by showing you that.’

“And I said, ‘I’m not upset, Freddie, except to realise you have to put up with all this terrible pain’.”

Freddie had not initially wanted to discuss his condition with the other band members, Brian recalled, but his bandmates were aware of the severity of the illness.

Brian said the “magic cocktail” of drugs that have allowed HIV and AIDS sufferers to live a largely normal life, came too late for Freddie.

He said: “He missed by just a few months.

Freddie Mercury and Brian May on stage. (Image: GETTY)

“If it had been a bit later he would still have been with us, I’m sure.

“Hmmm. You can’t do ‘what if’, can you? You can’t go there because therein lies madness.”

Even as Freddie’s health deteriorated, he continued to make music, determined to carry on.

Brian told the documentary of the conversation Freddie had with the band: “Freddie just sat down and said ‘OK, you guys probably know what is going on with me.

“You know what I am dealing with. I don’t want to talk about it.

“I don’t want to take any action apart from carrying on the way we are.

“I want to carry on making music for as long as I f***ing can. We will not dwell on it and we will go on.”

Heartbreakingly, his close friend Anita Dobson recalled a conversation she had with him.

She said: “I remember he said, ‘When I can’t sign anymore darling, then I will die. I will drop dead’.”

His final act as a Queen member was shooting the video for These Are The Days of Our Lives.

The Mirror reported that Freddie was in “great pain” and “could not stand up for long” at the time.

He retired to his West Kensington home and haven, where he would spend his final months with his beloved cats and a select group of friends would visit.

Freddie Mercury: The Final Act airs on Saturday on BBC Two at 9pm. It will also be available on BBC iPlayer.