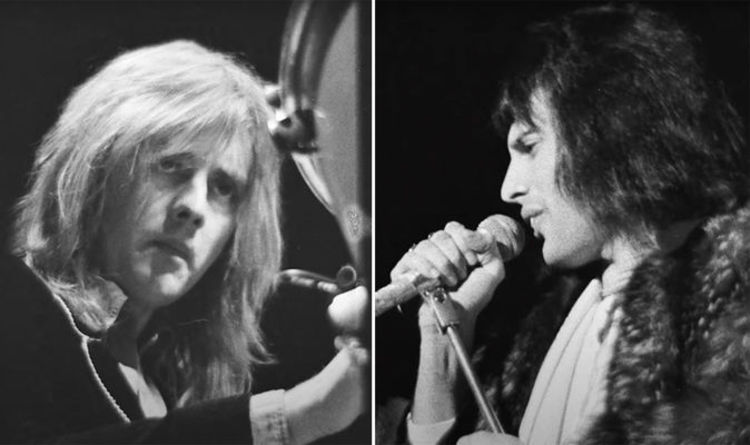 Back in 1975, Queen had the opportunity to once again perform at the Hammersmith Odeon (now known as the Apollo). Freddie Mercury, Brian May, Roger Taylor and John Deacon had previously given a concert there two years before as a support act to Mott The Hoople. But now headliners themselves, Queen had four shows there in late November and early December as part of a tour, before returning on Christmas Eve for their first live broadcast.

Bohemian Rhapsody was in its record ninth week run at the top of the UK singles chart and Queen were now set to perform a concert to millions live on BBC TV and radio.

In this week’s episode of Queen the Greatest, which features rare audio and footage from the sound test, Brian said: “The big difference on that tour from previous ones was that we had this…the beginnings of some TV reinforcement…because TV makes all the difference.

“It’s TV which makes you stopped in the street. It makes people feel like they know you.”

While Roger admitted: “We felt unfashionable. We had the strength and mind to realise that unfashionable wasn’t necessarily a bad thing.

“Because you could see people liking our music. I mean, a lot of people.”

Despite all the preparations for the show, Queen had a couple of things that were beyond their control and even Roger admitted he was a little nervous beforehand.

The Queen drummer said: “It was quite difficult. You’re just starting to wind down and then actually, you’ve got to go back and do this one, all-important show.

“I remember thinking ‘Sh**, will we have lost our momentum and that sort of kick-a** stuff that you’ve developed on a tour?’, and I do remember being quite, sort of, worried about it.”

Right at the end of the concert, Brian May said to the audience: “You know we’ve taken our show around the world, but we’ve never got to so many people all at once, and this felt really good.

“Thanks a lot for giving us a good year, we’d like to leave you in the Lap of The Gods.”

Interestingly, the original multi-track tapes of the show were believed to be lost. However, they were recovered in 2009 and restored by Queen sound engineers Justin Shirley-Smith, Kris Fredriksson, and Joshua Macrae.

The re-mastered and restored concert was later given a special screening on October 8, 2015, at Olympic Studios in London, where some of Queen’s album A Night at the Opera had been recorded.

Next week’s episode of Queen the Greatest will look at Freddie’s 1976 hit Somebody To Love.

The mini-documentary series goes live on the band’s official YouTube channel every Friday at 12pm BST for 50 weeks.

To watch the first seven episodes of Queen The Greatest, click here.