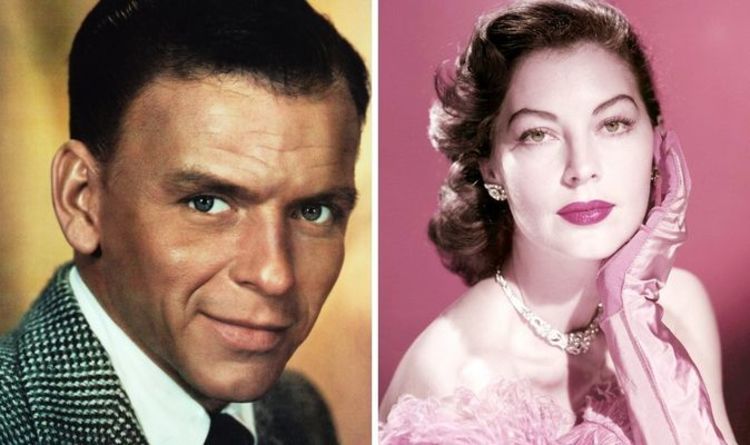 Channel 5 documentary ‘Sinatra: King of the Crooners’ details the life of legendary singer and actor. The programme explores Frank’s difficult birth and near death in Hoboken, and his subsequent rise to become one of the world’s most adored entertainers. Frank’s links with organised crime have long been a subject of interest, with the Channel 5 show seeking to answer once and for all the allegations that his unparalleled success was due to help from the Mafia.

The documentary also uses testimony from a number of Frank’s close friends to chart the singer’s numerous affairs and often tumultuous relationships with the world’s most successful women.

Frank and Ava met in the early Forties at a Los Angeles night club when the young actress was married to famed comedy actor Mickey Rooney.

The ‘My Way’ singer’s first marriage to Nancy Barbato had been plagued by Frank’s infidelity and he soon began pursuing Ava.

The pair soon began an affair in 1949, which Ava’s biographer labelled as “toxic” and “explosive” on the documentary.

Mr Uzarowski said: “It was too toxic and too explosive.

“Frank’s Palm Springs mansion still bears the scars of those fights because apparently a bottle of champagne was thrown at the sink and the dent is still visible today.”

Ava propelled herself to critical acclaim in 1946 with her performance in ‘The Killers’ for which she received a Best Actress Oscar nomination.

She was then one Hollywood’s most sought after leading ladies throughout the Fifties.

Frank and Nancy announced their separation on Valentines Day in 1950, after the singer’s affair with Ava became public knowledge.

Just over a year later, the two stars married, yet being man and wife did nothing to ease the rows.

Gianni Russo, who is most famous for starring as Carlo Rizzi in The Godfather, described his friend Frank’s tumultuous marriage with the actress.

Gianni said: “It was very hard for him because she would never commit to a date.

“Like [he would say] ‘lets see you Thursday night at 8 o’clock’ and a lot of times she wouldn’t be there.

“She would already be at Mocambo, her favourite club in Beverly Hills ‒ he’d have to go looking for her.”

Within two years, the marriage was on the rocks due to Frank’s jealousy and Ava’s unpredictability.

Gianni added: “She drove him nuts, really drove him crazy.

“I spent many a night with him crying, actually crying like a little kid, because he loved her so much.”

The pair split in 1953, though their divorce was only finalised four years later.

Frank was inconsolable after the relationship ended, and reportedly even attempted suicide.