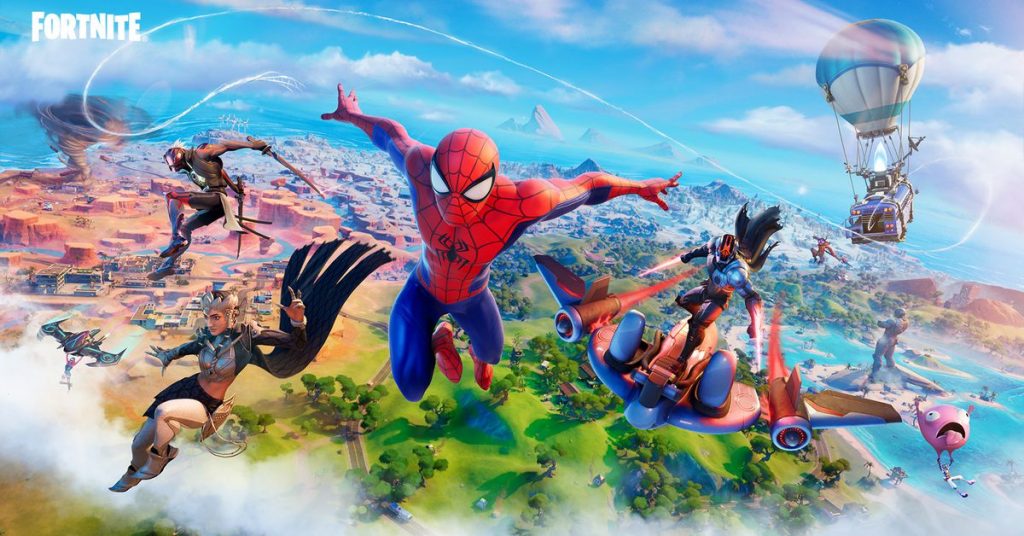 And then there were three. After a dramatic live event on Saturday, Fortnite is moving on to Chapter 3, which introduces some big changes for the battle royale.

This morning developer Epic detailed season 1 of the new chapter, called “Flipped,” and the most dramatic change is the shift to a fresh, snow-covered island, one that features weather conditions, along with new locations like Sanctuary — which appears to play a large part in Fortnite lore — and the Daily Bugle. Those who pick up the new battle pass will also be able to get their hands on characters like Spider-Man and (eventually) The Foundation, voiced by Dwayne “The Rock” Johnson. You can get the full run-down of the battle pass right here:

(It’s been a busy weekend for spider-news, with a trailer for the sequel to Into the Spider-Verse also dropping.)

It also appears that the core gameplay will be shaken up quite a bit. Chapter 3 features two new mechanics — sliding and swinging — that could make the experience even faster and more vertical, particularly for high-level players. And for those who spend time in the game’s creative mode, there’s now an option to earn battle pass XP in player-made experiences.

Outside of that, developer Epic is introducing some persistent elements to the game. Here’s how the studio explains:

This new chapter brings camps, where players and their squad can heal and store items from match to match — bringing new persistent, social gameplay options to Fortnite. Plus, there are new weapons and items to help win a victory royale and earn the all-new, ultimate prestige — the Victory Crown. Keep winning to keep the crown.

Many of these details leaked out earlier on Saturday, ahead of an intense live event that saw the previous island literally flip over. Since then the game has been down as players stare at their characters adrift in a vast ocean. You can check out our full recap of the event right here, or watch it all in the video below:

Fortnite’s second chapter launched in 2019 following a surprise black hole event, and similarly led to an all-new island. It spanned eight seasons that included everything from an alien invasion to an Ariana Grande concert to a Marvel superhero takeover.

While we have the details for Chapter 3, the update isn’t live just yet, and it’s not clear when players will finally be able to jump in.