Without the usual impromptu conversations outside cinemas at the Toronto International Film Festival, this year many film lovers were left to their own devices to seek out hidden gems.

And for the festivalgoers who stayed home to watch virtual screenings, those cherished encounters with strangers were even harder to come by.

Still, this year’s TIFF offered a plentiful selection of wonderful titles that didn’t have the push of a major Hollywood star or the hype machine to boost its profile.

Here’s a rundown of some picks that call for your attention:

When their small plane begins to lose fuel, a trio of mercenaries is forced to make an emergency landing in Senegal with a drug lord, his narcotics and millions of dollars in gold bars in tow. That all happens in the first six minutes of Congolese director Jean Luc Herbulot’s chaotic action-horror-thriller mashup that tightens its grip with every unexpected twist. Seeking cover in an encampment, the group is introduced to a table of mysterious characters whose every shifty glance is suspect. While “Saloum” loses some of its footing as supernatural elements are introduced, the film is so deranged that it’s easy to surrender for the wild ride. (Release date to be determined.)

Danish filmmaker Jonas Poher Rasmussen’s tender conversations with Afghan refugee Amin Nawabi drive this animated documentary account of his desperate escape from the war-torn region in visceral detail. While other sketched dramas have used illustrations to conjure the unimaginable, “Persepolis” and “Waltz with Bashir” most notably, “Flee” takes the concept in another direction by giving Nawabi a cloak of anonymity that lets him open up about experiences he’s kept hidden for years. While it’s impossible to know the terror so many refugees face as they step into the unknown, “Flee” offers a doorway to compassion and understanding. (Coming to theatres in December.)

Celebrating stories that make the impossible seem achievable has become the modus operandi of U.S. filmmaking duo Elizabeth Chai Vasarhelyi and Jimmy Chin. The couple, who stunned audiences three years ago with their Oscar-winning daredevil climber documentary “Free Solo,” go deep underground for their latest which recounts the 16-day international effort to rescue a youth soccer team from a flooded cave in northern Thailand. Told mostly through the perspective of a group of hobbyist cave divers who led the effort, the documentary carefully balances suspense with sheer heroism to tell an uplifting story about the power of working together. (Coming to theatres this fall.) 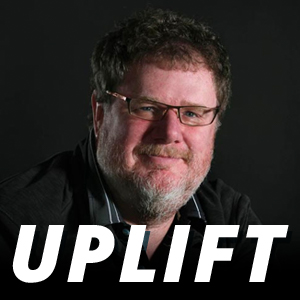 Maren Eggert plays a scientist at a Berlin museum who, desperate to fund her latest research project, enrolls in an experiment that promises her cold, hard cash in exchange for living with a humanoid robot designed to be her perfect man. The concept sounds goofy on paper, but once actor Dan Stevens of “Downton Abbey” fame starts flexing his German tongue as the cyborg, the whole idea of “I’m Your Man” makes a lot more sense. Writer and director Maria Schrader, who won acclaim for her work on Netflix’s “Unorthodox,” finds the humanity in artificiality, raising questions about loneliness, vulnerability and the ethics of living in a digital world that’s fundamentally changed how we connect. “I’m Your Man” is Germany’s Oscar entry for the best international feature. (Coming to theatres Sept. 24.)

Fifty years after the largest prison rebellion in U.S. history spiralled into devastating carnage at the hands of New York police, the meaning behind “Attica” has been mostly lost to time. A generation came to know it as the impassioned cry of Al Pacino’s character in “Dog Day Afternoon.” But in the hands of New York documentarian Stanley Nelson, whose work has shed light on Black American stories, the story of Attica is resurrected through archival footage, interviews with former prisoners, reporters and the families of guards taken hostage in the ordeal. Drawing parallels between a broken police system of the time and one that doesn’t look much different today, “Attica” is a deeply upsetting testament to how little progress has been made in righting the wrongs of the past. (Release date to be determined.)

This report by The Canadian Press was first published Sept. 17, 2021.