Face masks rules: Coverings to be compulsory in hairdressers – but not restaurants or pubs 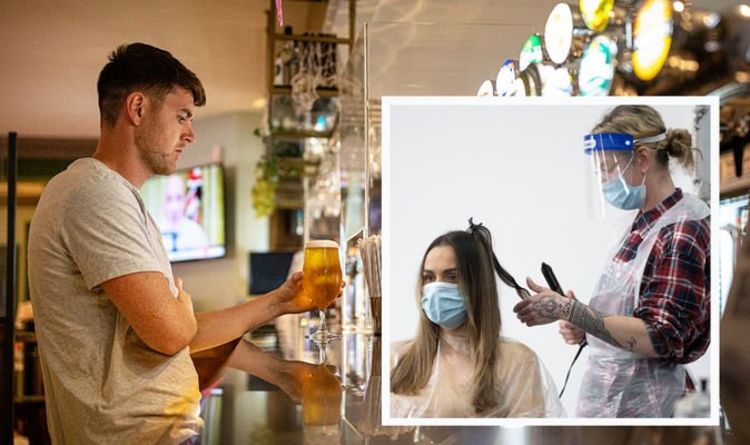 From 4am tomorrow, a new set of coronavirus rules will be in place in England. Face masks and other face coverings will be compulsory on public transport and in shops, and the Government are also asking them to be work in hairdressers banks and post offices. Pubs and restaurants are exempt, however.

Devolved nations have different rules and restrictions according to their minister.

Hairdressers, banks, post offices, supermarkets and other shops, and public transport, all now require a face mask to be worn.

However, pubs and restaurants – even busy or crowded ones – are said to be exempt from the new rule.

“It’s in the nature of the venue. In a pub you’re drinking. You can’t do that if you’re wearing a mask.”

Government guidance, does however, advise people to wear masks in crowded indoor spaces, and to take a lateral flow test before socialising with other people.

Mr Argar said: “We’re not making it a legal requirement but people will make their own judgements.”

So far, three cases of the Omicron variant have been found in England and six in Scotland.

Mr Argar told Sky News: “I’ll be honest with you and your viewers, I would expect that to rise.

“We don’t know by what speed or what numbers so therefore what we’re doing is trying to slow it down, but we’re clear we can’t stop it.”

It is not known whether any travel restrictions will be put in place for around Christmas.