Emma Raducanu net worth: Tennis star and US Open champion is a millionaire at 19 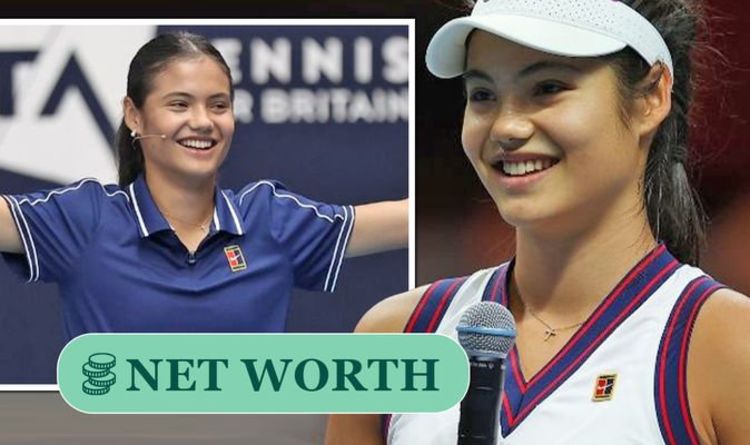 Emma Raducanu is currently ranked at number 19 by the Women’s Tennis Association, and is the British number one. She made her WTA Tour debut in June of this year.

She stated on Twitter: “At the end of the first set, after some super intense rallies, I started to breathe heavily and felt dizzy.

“The medical team advised me not to continue and although it felt like the hardest thing in the world not being able to finish my Wimbledon on the court, I was not well enough to carry on.”

But she came back fighting, and just three months after this setback, won the US open and became the first British woman to win a Grand Slam singles title since 1977.

In 1977, Virginia Wade was awarded with this prestigious honour.

This is approximately £1.88million.

She told ESPN: “There’s a running joke in my team because before my first round qualifying match I lost my AirPods and I was basically running around the changing room like three minutes before my call to go on trying to find it but I lost it.

“I was thinking to myself, ‘You know what, if you win this match you can buy yourself a pair of AirPods’ and that’s become the running joke!”

Despite being far richer than most people her age, she remained grounded and bought something most teenagers would.

Since her incredible win, she became a new ambassador of luxury jewellery brand Tiffany & Co.

Dior quickly followed suit and snapped up the young champion; she wore one of their dresses to the No Time to Die premiere.

She told Vogue: “It felt heavenly! Being able to wear a dress like that made with all the magic in the Dior ateliers was a totally unique experience.

“The detailed embroidery was exceptional and I was so honoured to attend my first movie premiere in it.”

She is signed to Nike, who provide her clothing and shoes for the court, and racket supplier Wilson.

With a long and prosperous career ahead of her, she is tipped to earn a staggering £1billion.

She has also been signed as a Global Ambassador of water bottle company Evian.

One of her greatest accomplishments to date was her recognition from the Queen, who sent her a personal message after her US Open victory.

“I send my congratulations to you on your success in winning the United States Open Tennis Championships.

“It is a remarkable achievement at such a young age and is testament to your hard work and dedication. I have no doubt your outstanding performance, and that of your opponent Leylah Fernandez, will inspire the next generation of tennis players.”