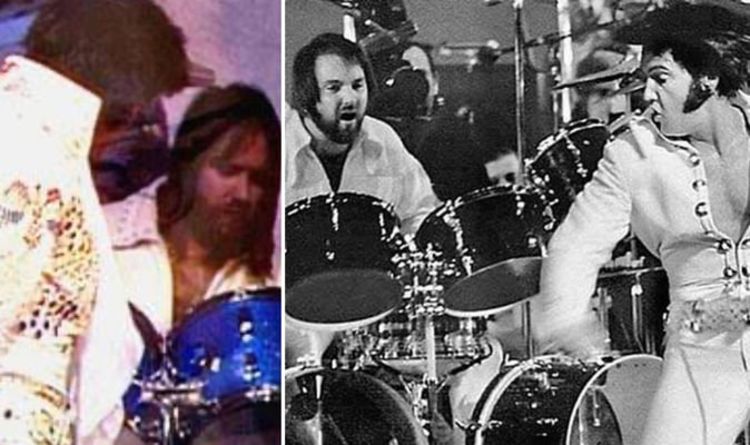 Over the weekend, Elvis Presley’s longtime drummer Ronnie Tutt sadly died aged 83. He performed with The King in his TCB Band throughout the 1970s until the star’s death at just 42. Now Elvis’ ex-wife Priscilla and former girlfriend Linda Thompson have shared fond memories and pictures of The King with Ronnie, and said how much their old flame loved the drummer.

Priscilla posted a picture of herself on Instagram with Ronnie in recent years and captioned it: “Rest In Peace my friend.

“Your sweet soul and great talent captured us all. Elvis always bragged how you intuitively could keep up with his stage moves. Even when he tried to trick you. 🙂

“My heart goes out to you Donna for your loss. And to the TCB band members, James and Glenn. You will be forever missed.”

While Linda Thompson, who dated Elvis from 1972-76 posted a number of pictures of Elvis and Ronnie performing together.

Linda captioned her Instagram post: “I have the fondest memories of one of the world’s greatest drummers EVER – and one of the nicest human beings, Ronnie Tutt! Ronnie was Elvis‘s drummer & friend for all the years I was with Elvis.

“Yesterday morning, in the comfort of his own home, surrounded by his loving family, the final beat of his heart joined the echo of Ronnie‘s drum beats that were heard around the world.

“My heartfelt sympathy goes out to the beautiful Donna Tutt who was Ronnie’s loving wife & devoted life partner for 49 years!”

The 71-year-old then shared an anecdote of what Elvis used to say to her about the drummer.

Graceland added: “We enjoyed each time he joined us here to celebrate Elvis Week, Elvis’ Birthday and many other special occasions.

“Ronnie was an amazing ambassador to Elvis’ legacy – sharing his memories of working with Elvis with fans – as well as bringing Elvis’ music to arenas around the globe through later Elvis in Concert shows and performances.”

“Ronnie Tutt played drums for Elvis as part of the TCB Band from 1969 until 1977. He was part of the band put together by James Burton for Elvis’ 1969 Las Vegas opening – and stayed with Elvis until his death in 1977.

“Ronnie later toured with Neil Diamond’s band. He also recorded and performed with the likes of Johnny Cash, Glen Campbell, Kenny Rogers, Elvis Costello, Stevie Nicks, Michael McDonald, among others. Our hearts go out to Donna, his family, his fellow TCB Band members – and to his fans around the world. He will be deeply missed by all of us.”