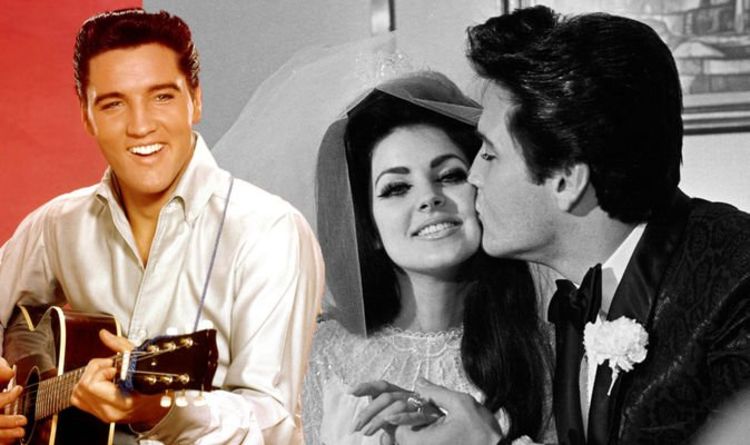 In 1959 Elvis Presley was conscripted into the army and was stationed in Bad Nauheim, Germany. It was here where he met Priscilla Beaulieu, the woman who would become his wife. Priscilla had to Germany after her step-father, Paul Beaulieu, was similarly stationed at the European barracks. Elvis and Priscilla met at a party in his home, where he first laid eyes on the woman who would become his beloved wife and mother of his child.

Priscilla was just a teenager at the time but attended the party as a friend of Currie Grant and his wife, Carol.

24-year-old Elvis’ reputation proceeded him and all eyes were on the star to perform some songs for the group of guests.

In her book, Elvis and Me, Priscilla recalled the moment the King first set eyes on her.

As they were introduced, he called the young girl “baby”, something she was “upset” about at the time.

Priscilla added that he also entertained the room by doing impressions.

She continued: “He also did a Jerry Lee Lewis impersonation, pounding the keys so hard that a glass of water he’d set on the piano began sliding off.

“When Elvis caught it without missing a beat of the song, everyone laughed and applauded – except me. I was nervous.”

The singer later left Germany after his time in the army came to an end.

Although Priscilla felt as if she was never going to see Elvis again, they remained in contact through long-distance phone calls.

In 1962 Priscilla’s parents agreed for her to visit the King at Graceland, providing he paid for a first-class round trip.

They also demanded she was chaperoned at all times. This was on top of them telling Priscilla to write home every day.

A year later, in 1963, Priscilla moved to Graceland permanently, providing she attend an all-girl Catholic school, and live with Elvis’ parents until they were married.