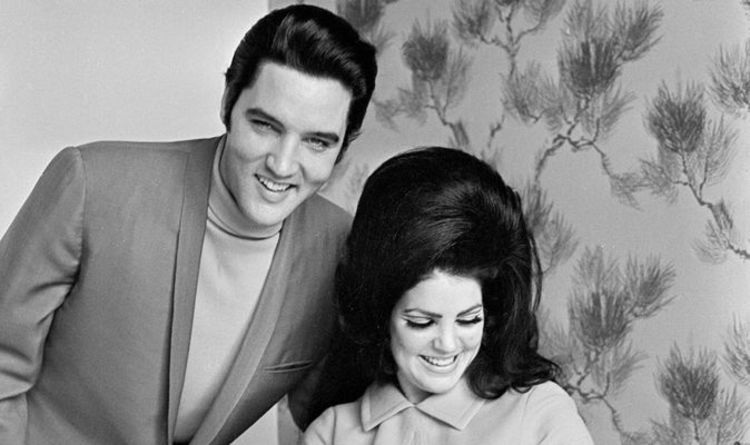 When Priscilla Presley moved in with Elvis Presley in 1963, everything changed for the couple. Elvis Presley welcomed the young woman into his home but was keen to make her look how he wanted her to look. Although she was just 16-years-old at the time, Elvis fashioned her to appear much older.

Writing about her experiences with Elvis in her memoir, Priscilla recalled going shopping with her soon-to-be husband where he would pick out outfits for her.

She wrote in her book: “Elvis was my mentor. Someone who studied my every gesture listened critically to my every utterance, and was generous, to a fault, with advice.

“When I did something that wasn’t to his liking, I was corrected. It is extremely difficult to relax under such scrutiny. Little escaped him. Little except the most salient fact of all – that I was a volcano about to erupt.”

She added that she was “Elvis’ living doll, to fashion as he pleased”.

Priscilla once remembered Elvis telling her: “You need to apply more makeup around your eyes. Make them stand out more. They’re too plain naturally. I like a lot of makeup. It defines your features.”

Elvis also reportedly had Priscilla get porcelain caps placed on her teeth (Via Biography.com).

She added that, if her posture became slumped, he’d urge her to straighten her back.

He would also “smooth out” any crinkles she had in her brow.

When pressed on why Elvis did this, Priscilla replied: “I think maybe it was his way of showing sophistication, maybe making me appear older.”

She laughed, while added: “I don’t know, there’s some kind of appeal that men like with a trashy kind of look.”

Walters asked: “That’s what turned him on?” Prompting Priscilla to reply: “Mhmm.”

Before Priscilla and Elvis got married in 1967 they lived together in Graceland, but before even then they made a secret get away from her parents.

Elvis convinced Priscilla’s mother and step-father – who resided in Germany – that she would be in Los Angeles for the entirety of her 1963 trip.

But, upon arrival, Elvis made Priscilla write a handful of postcards and asked his butler to send them throughout the trip.

In the meantime, the loved-up couple ventured to Las Vegas to enjoy the sights there.