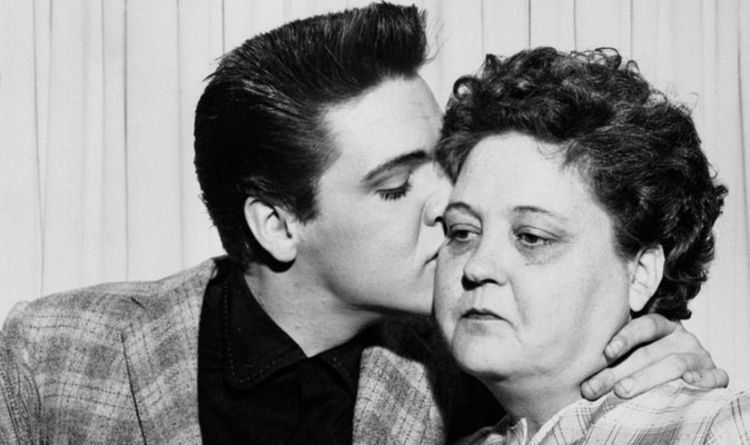 Elvis Presley and his mother, Gladys, were extremely close. Gladys only had two children in her lifetime, Elvis and his identical twin brother, Jessie Garon Presley, who died during childbirth. Throughout the King’s life, his mother kept a close eye on him. He was once quoted saying: “My mama never let me out of her sight. I couldn’t go down to the creek with the other kids.” Elvis and Gladys maintained a powerful connection that remained until she died.

Earlier this same year the King of Rock and Roll was drafted into the US Army, where he was stationed in Friedberg, Germany.

Shortly after moving to Europe, Gladys was diagnosed with hepatitis, a condition that worsened very quickly.

When Elvis learned of his mother’s deterioration he was granted emergency leave to return to Graceland in Memphis, Tennessee on August 12, 1958. Two days later Gladys died.

Elvis’ girlfriend at the time Anita Wood – who he affectionately nicknamed Little – recalled the King’s emotional state when he lost his mother.

While Anita consoled Elvis through this dreadful time, she then revealed Gladys was laid to rest in the family’s home.

But Elvis would not give in.

Anita continued: “[Elvis] walked me back to the music room where there was the coffin. It was a white coffin and she was lying in the coffin which had glass over it.

“I often wondered why the glass was over it. They were afraid Elvis just could not keep his hands off his mom, you know.”

Elvis was reportedly “near hysteria” during his mother’s funeral service.

Elvis, who was just 23-years-old at the time, “wept throughout the service”.

A newspaper at the time wrote: “Spectators lined the sidewalks along the three-mile route from the funeral home to the cemetery.

“About 700 persons were at the gravesite. They stood around talking and craning their necks to catch a glimpse of Elvis Presley.”