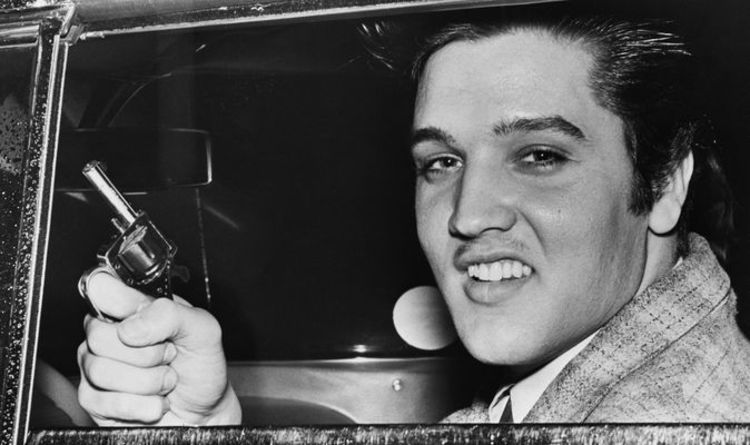 Shortly after Elvis Presley bought Graceland in 1957 he began filling it up with animals. The Jailhouse Rock singer created a pleasant living space with a collection of barnyard animals surrounding him. Not only did he bring cows, chickens, pigs and horses onto his land, he also had a few dogs on site at all times. One of his favourite dogs, named Get Low, outlived the singer by a year. But there were some creatures who were not welcome in Graceland: snakes.

According to the Tennessee government website, the US state has an array of snakes native to its land.

Many of them are harmless, like the Wormsnake and Red Cornsnake – however there are some real threats to animals.

Cottonmouth snakes are native to Tennessee and have a venomous bite strong enough to hurt people, but cause more serious harm to smaller animals such as dogs and cats.

According Neatorama, a Graceland maid said snakes were one of the biggest pests for Elvis.

READ MORE: Elvis Presley fan on meeting The King inside Graceland before he died

The maid recalled one instance involving a snake prompted Elvis to chase it to the trunk of a tree where it hid.

He brought his rifle and began “blazing away” at the creature in an attempt to either drive it off his land, or kill it.

Elvis worked hard to keep the animals on his ranch and farm safe. He not only kept animals for pleasure on his farm, but also for produce.

The King also filled his coop with chickens so he would have a daily supply of fresh eggs.

In 1967, shortly after Elvis married Priscilla Presley, the King bought his wife a horse of her own named Domino.

The pair would go out on horseback riding dates at Circle G Ranch.

However these get-togethers didn’t always go to plan. One terrifying incident occurred when the duo were on one of their long rides.

An eyewitness revealed something spooked Rising Sun, prompting him to run away wildly with the star still in the saddle.

Elvis eventually calmed the horse and brought him to a stop and dismounted.

Neatorama said the eyewitness saw the star “literally punch him in the face”.