For the normal weighted diabetic with BMI 18-23kg/m2, the aim is to maintain the body weight by consulting an average of 1,200–1,500 kcal per day for women, and 1,500–1,800 kcal for men. In order to lose weight, one must consume a 500–750 kcal/day energy deficit dietary plan, said Dr Gupta, who is also the author of Beyond Type 2 Diabetes Mellitus.

Focus on the intake of carbohydrates from vegetables, legumes, fruits, dairy products, and whole grains. Strongly discourage the diabetic patient or minimise the consumption of refined carbohydrates such as white flour, white rice, “low-fat” or “non-fat” food products with high amounts of refined grains, table sugar and sugar-sweetened beverages like soft drinks, he mentioned.

The WHO recommends that sugar intake be reduced to 5 per cent of the total calorie intake which is 25 grams of sugar per day for an average-sized person. It is seen that the average adult in India consumes approximately 58 grams of sugar daily. 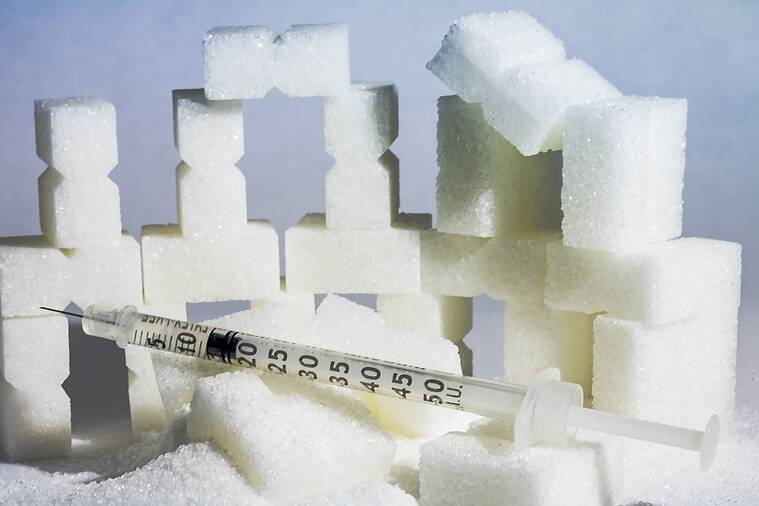 Monitor the quality of carbohydrate consumed

Glycemic index (GI) refers to the quantitative assessment of the post-meal blood glucose response of certain foods, which is expressed as a percentage. So higher the glycemic index, greater is its ability to raise the patients’ blood glucose.

Foods with a GI score over 70 are referred to as high glycemic, which is fast release of carbohydrate and higher post-meal blood glucose response. Foods with a GI score of 55 or less are referred to as low glycemic which help in slow release of carbohydrate and lower post-meal blood response. For example, white rice has a GI close to 93 as do commonly consumed biscuits versus brown rice which has a GI of 50. 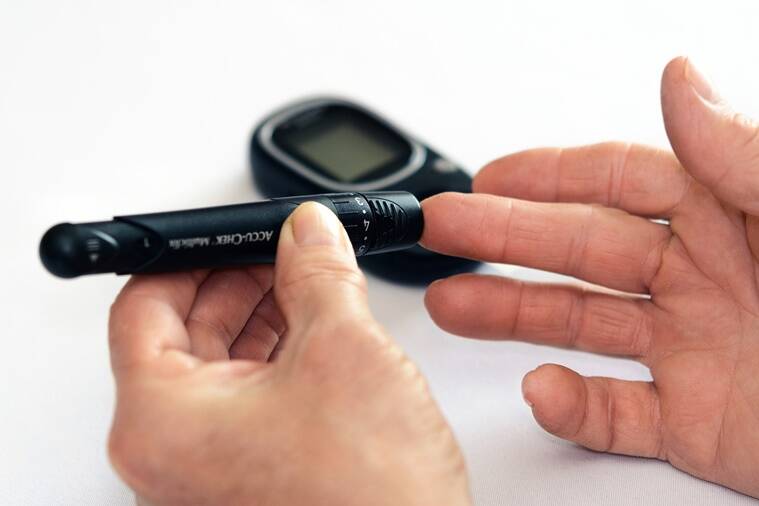 Consume carbohydrate along with fibre and protein

Dietary fibers can be described as any non-digestible carbohydrates that cannot be broken down in the upper food tract, thus helping reduce the GI of foods.

Similarly, the co-ingestion of soya protein along with rice has shown to reduce the post-meal blood glucose response. With regards to protein intake in diabetic patients without diabetic kidney, the average daily protein intake can be up to 1–1.5 gm/kg bodyweight per day or 15–20 per cent of the total calories. Whereas, for those with diabetic kidney disease, the aim should be to restrict the daily allowance of protein to 0.8 gm/kg bodyweight per day.

Monitor the method of cooking

Dr Gupta explained that potatoes generally have one of the highest GI values of any food. Baking a potato may offer an advantage over boiling as it involves less cooking of its internal part, thereby helping to reduce the digestibility of potato.

“The average GI of canned potatoes is almost 36 per cent less as the preservation method that involves placing foods in jars or similar containers and heating them to a temperature that destroys microorganisms which spoils the food. Canning of starch-rich foods such as potatoes could decrease the GI. Cooling can also lower the GI of the food as it helps reform the crystalline structure of the carbohydrate known as ‘Retrogradation’ thereby reducing the GI,” he said.

For example, pasta cooked hot and fresh has a high GI but upon refrigeration or cooling and consuming the next day, the GI reduces substantially. Cooking Indian basmati rice in a microwave oven compared to a rice cooker lowered the GI by 20.4 per cent, he mentioned.

However, the problem that remains despite all these different cooking methods is the absolute increased carbohydrate consumed by the average Indian diabetic.

Efforts must be taken to improve health-related outcomes, especially in India, and from the evidence it is clear, that by limiting both total carbohydrate intake and foods with high GI, not only weight but also all indices of metabolic health can be improved, he stressed.