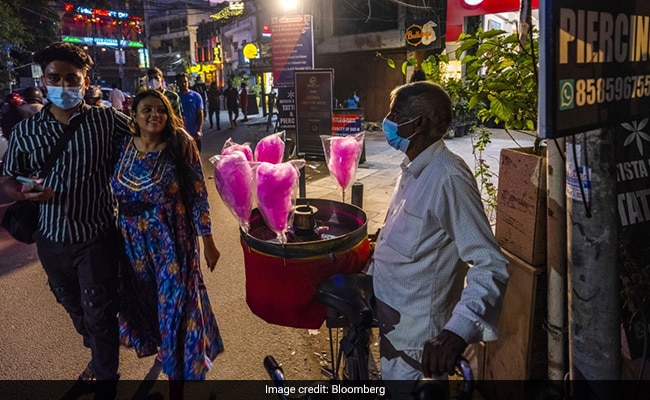 The pace will help India stay on path toward being the world’s fastest-growing major economy.

New Delhi: India’s economy showed steady signs of strengthening in October as services, manufacturing and exports kept it on course to post the world’s fastest growth.

Demand during India’s so-called festive season has helped keep momentum rolling, as shown by a fourth straight month unchanged at a 5 on the Bloomberg News ‘Animal Spirits’ gauge of indicators, which uses a three-month weighted average to smooth out volatility in single-month readings. The measure reflects strength in services and new orders last month, as well as a rebound in exports. 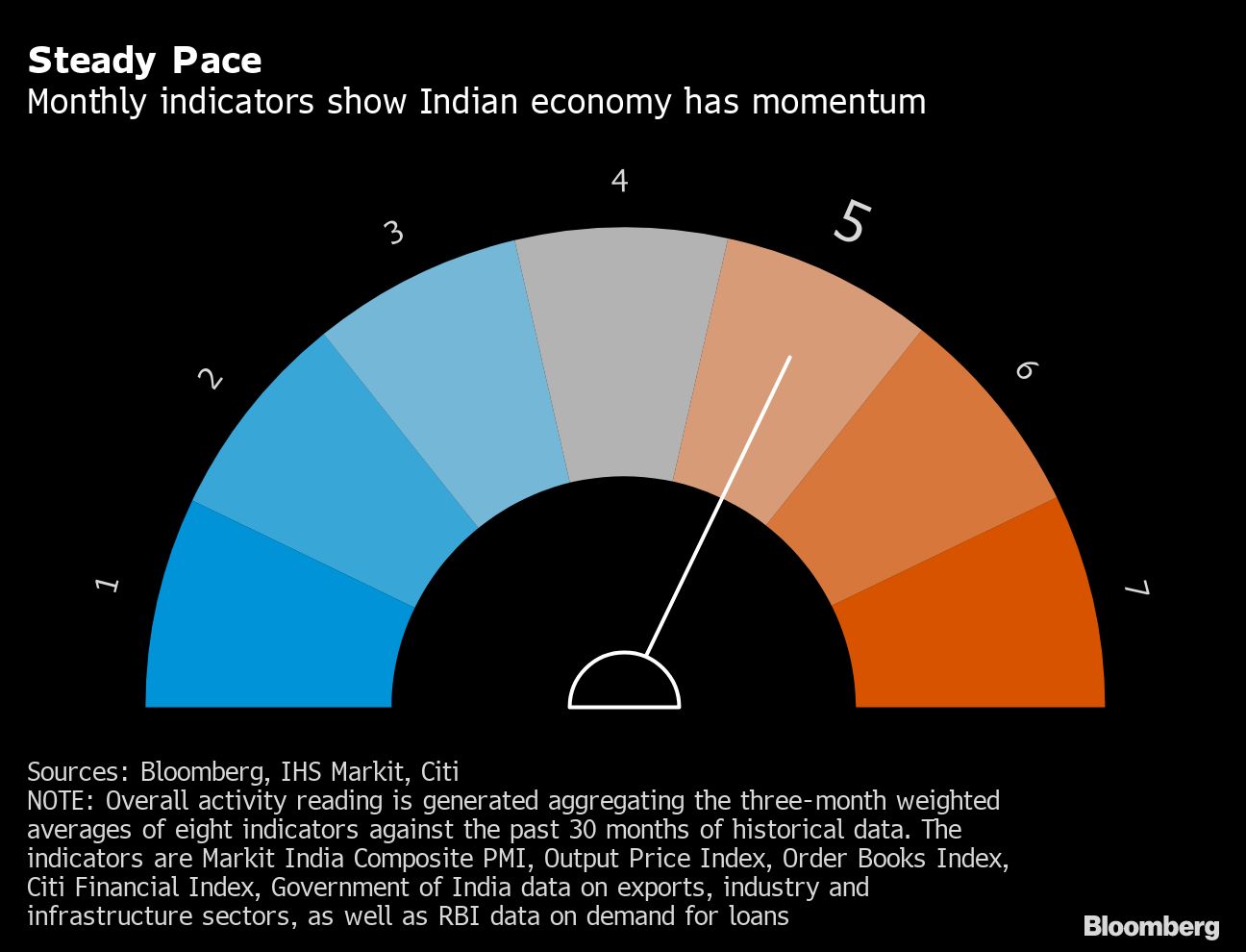 The steady pace will help India stay on path toward being the world’s fastest-growing major economy this year. Data due November 30 will probably show gross domestic product in the July-September period grew 8.2% from a year ago, according to a Bloomberg survey, following a record 20.1% expansion the previous quarter.

Below are the details of the dashboard.

Surveys of purchasing managers at Indian factories and services by IHS Markit pointed to a continued expansion in activity last month, boosted by stronger new order inflows. That kept the composite index in growth territory for a third straight month. The advance, however, was accompanied by an acceleration in input cost inflation, due mainly to a shortage of raw materials and higher commodity prices. 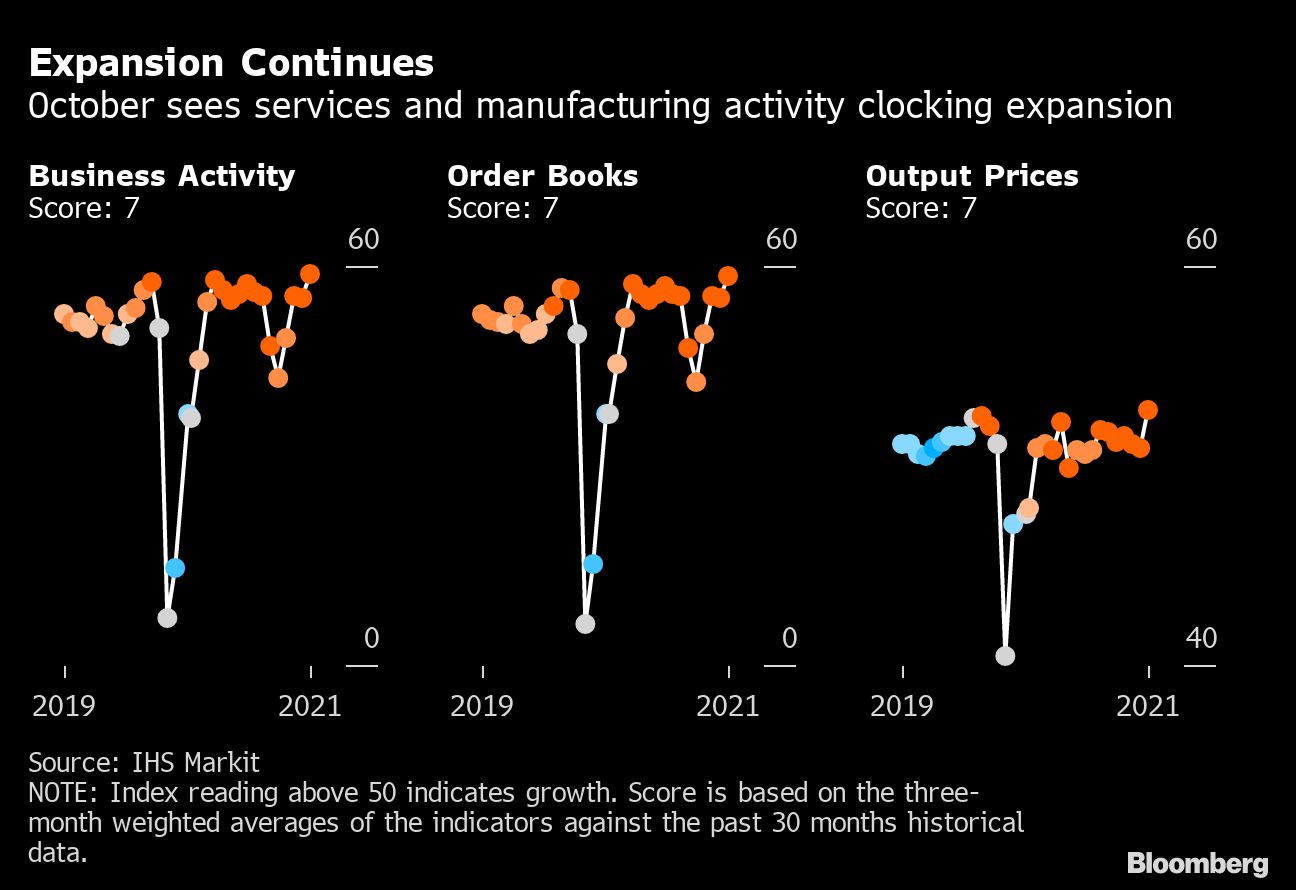 Exports rose 43% year-on-year in October, almost doubling the growth rate of September, led by demand for petroleum products, engineering goods and Indian coffee. Imports jumped 63%, mainly due to a surge in inbound shipments of pulses, coal, crude oil and newsprint. 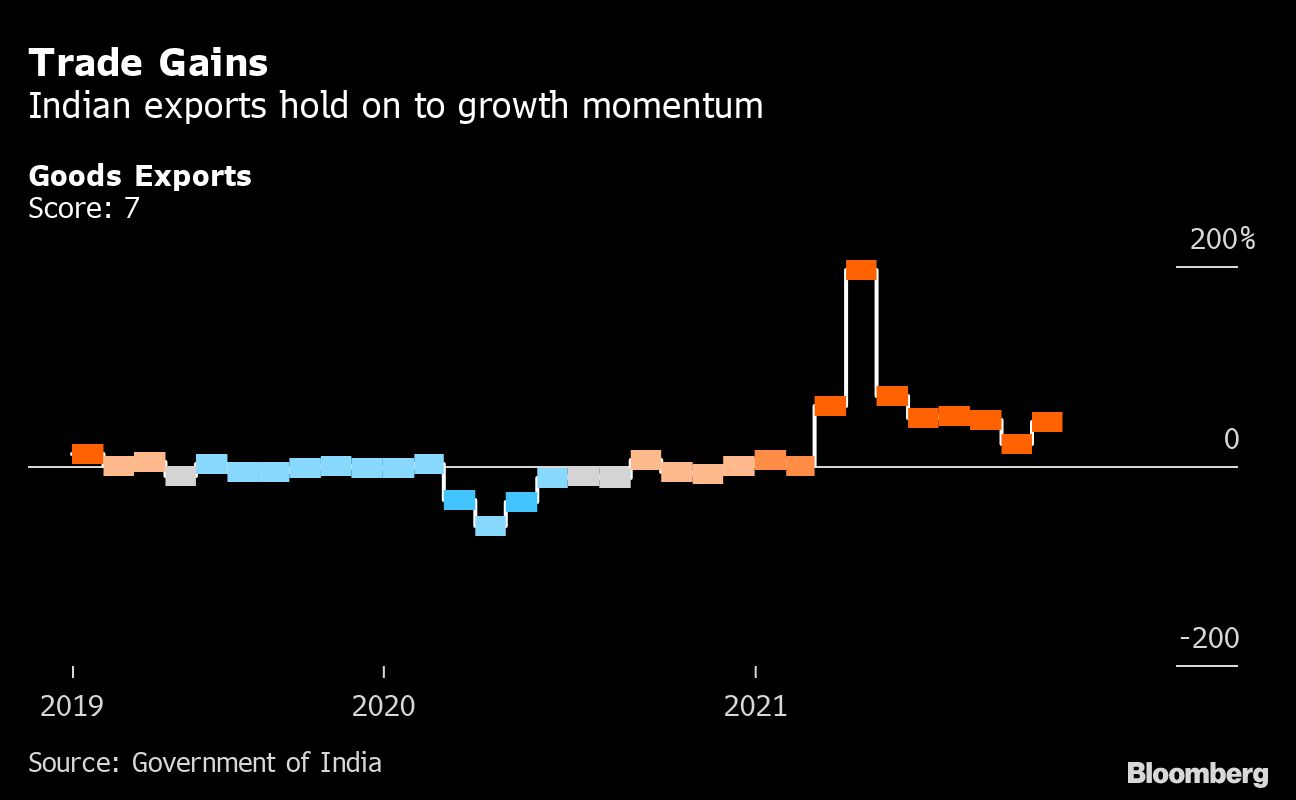 Retail auto sales, a bellwether of consumer demand, bucked the expansionary trend. Sales of passenger vehicles, which include cars and SUVs, fell 27% from a year ago as carmakers cut production due to a global chip shortage and steep hike in raw material costs. Two-wheeler sales — an indicator of animal spirits in smaller towns — also declined. 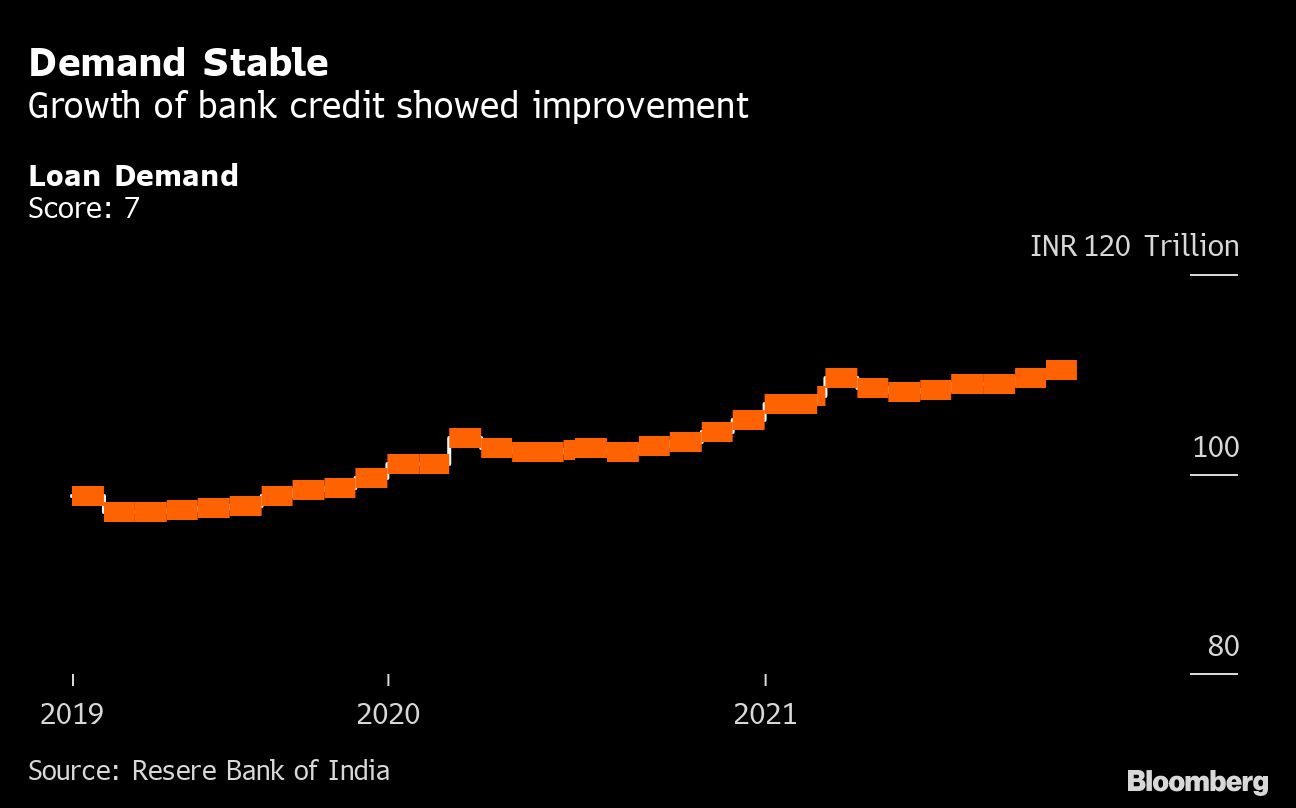 Industrial production expanded 3.1% in September from a year earlier, a relatively slower pace compared with the first five months of the fiscal year, which is attributable to the wearing off of a favorable base effect.

Similarly, output at infrastructure industries, which makes up 40% of the industrial production index, expanded 4.4% in September, with demand for coal, natural gas and cement continuing to drive activity. Both data are published with a one-month lag.