‘Deltacron’: Know about the new Covid-19 strain that combines Delta and Omicron

A new strain of Covid-19 that combines Delta and Omicron has now been discovered in the island country of Cyprus. “There are currently Omicron and Delta co-infections and we found this strain that is a combination of these two,” Leondios Kostrikis, professor of biological sciences at the University of Cyprus and head of the Laboratory of Biotechnology and Molecular Virology told Sigma TV in an interview.

He added that the “discovery was named Deltacron due to the identification of Omicron-like genetic signatures within the Delta genome”.

The professor and his team have claimed to identify 25 such cases, and as per statistical analysis, the relative frequency of the combined infection is higher among patients hospitalised due to Covid-19 as compared to non-hospitalised ones.

While no international authority has so far commented on the findings, the research team has sent their findings to GISAID, the international database that tracks viruses, on January 7, 2022. 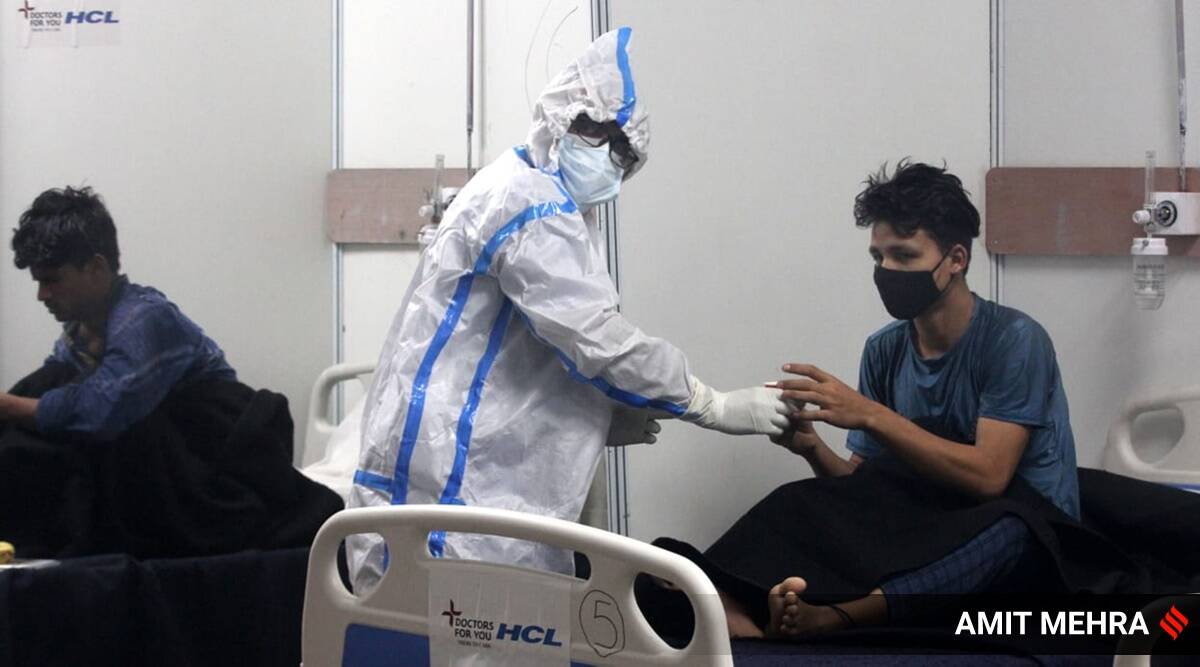 However, some experts say that it cannot be considered a new variant as it is “not traced or plotted on a phylogenetic tree of SARS-CoV-2 viruses”.

Virologist Tom Peacock from Imperial College London said on Twitter, “Small update: the Cypriot ‘Deltacron’ sequences reported by several large media outlets look to be quite clearly contamination – they do not cluster on a phylogenetic tree and have a whole Artic primer sequencing amplicon of Omicron in an otherwise Delta backbone”.

Simply put, he mentioned how “most likely (all the samples) were all sequenced on the same sequencing run in the same lab on the same day which had a contamination issue”, something which has been found to have happened in the past. And therefore, it can’t be categorised as “novel variant”.

Small update: the Cypriot ‘Deltacron’ sequences reported by several large media outlets look to be quite clearly contamination – they do not cluster on a phylogenetic tree and have a whole Artic primer sequencing amplicon of Omicron in an otherwise Delta backbone.

“Preliminary findings by researchers of the 25 cases suggest that this variant could be displaced by the highly contagious Omicron variant, but this variant shouldn’t be something to worry about at present, said Dr Viswesvaran Balasubramanian, consultant interventional pulmonology and sleep medicine, Yashoda Hospitals Hyderabad. “As of the available preliminary data, 11 out of the 25 cases were reported from hospitalised patients, while the rest 14 cases were identified in the general public,” mentioned Dr Balasubramanian.