COLUMN-China is paying a high price for its ban on Australian coal: Russell 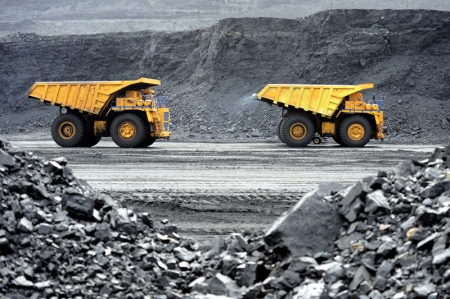 (The opinions expressed here are those of the author, a columnist for Reuters.)

LAUNCESTON, Australia, April 9 (Reuters) – China is paying a high price for its unofficial ban on coal imports from Australia, with the cost of domestic and alternative foreign supplies rising for both thermal and coking grades of the fuel.

China, the world’s biggest importer, producer and consumer of coal, has effectively ended imports from Australia, the biggest shipper of coking coal used to make steel and number two in thermal coal used to produce electricity, as part of an ongoing political dispute between the two nations.

The restrictions on imports from Australia came into effect in the second half of last year, resulting in China’s imports dropping to virtually zero in the first two months of this year from a 2020 high of 9.46 million tonnes in June, according to Refinitiv vessel-tracking and port data.

However, China’s consumers of imported coal have been facing higher costs, with prices for alternatives to supplies from Australia, both local and foreign, rising as the market adjusts to the unofficial ban.

In coking coal, the price of free-on-board Australian cargoes has been weakening since the ban was imposed, apart from the usual seasonal gain for the northern hemisphere winter.

The Singapore Exchange contract for Australian coking coal SCAFc1 ended at $113.71 a tonne on Thursday, down 18.8% from the $140 that it reached at the start of October, just as the Chinese ban was coming into effect.

If a Chinese importer switched from Australian cargoes to those from the United States, the price difference has entirely reversed since the ban started to affect flows.

Coking coal free-on-board at the U.S. east coast port of Hampton Roads MTLCLHFPRO=ARG , as assessed by commodity price reporting agency Argus, has surged to $152.75 on Thursday from $114 a tonne at the start of October last year, a gain of 34%.

This means that U.S. coking coal is currently about $39 a tonne more expensive that supplies from Australia, and this doesn’t account for the higher shipping costs given the longer distance from the U.S. east coast to China.

China’s domestic coking coal price has also been gaining since the restrictions on imports from Australia, with Dalian Commodity Exchange futures DJMcv1 rising 16% from 1,353 yuan ($206.56) a tonne at the start of October to end at 1,573 yuan on Thursday.

This price isn’t directly comparable to the free-on-board prices in Australia and the United States, as it includes freight and other costs as well as import taxes and duties.

However, it does show that Chinese domestic prices have been pushed higher, partially reflecting the higher cost of imports from sources other than Australia.

China’s neighbour Mongolia has become its biggest supplier of coking coal, meeting 61.7% of imports in the first two months of this year, up from just 17.7% in the same period in 2020, according to official data.

While coking coal supplies from Mongolia are cheaper than those from seaborne alternatives, it’s believed that they tend to track Chinese domestic prices, meaning it’s likely that they have risen sharply as well, especially once transportation and washing costs are factored in.

For thermal coal, the main impact from the ban of Australian cargoes appears to have been strength in Chinese domestic prices, with benchmark coal at Qinhuangdao SH-QHA-TRMCOAL , as assessed by SteelHome, closing at 747 yuan a tonne on Thursday, equivalent to about $114.

While this is down from the winter peak of 1,038 yuan a tonne, it’s still 22% higher than the 612 yuan that prevailed at the start of October.

It’s also believed that the Chinese authorities prefer a domestic thermal coal price in a range between 530 to 580 yuan a tonne, a level said to secure the profitability of mines while keeping electricity prices competitive.

China has turned to Indonesia, the world’s top exporter of thermal coal, to plug some of the gap caused by the absence of Australian cargoes, as well as buying more from Russia and South Africa, two countries that can offer similar quality coal to Australia.

But boosting supplies from these countries appears to have done little to lower domestic prices, meaning Chinese users are still paying substantially more for the fuel than what they were prior to the ban of Australian coal. (Editing by Muralikumar Anantharaman)