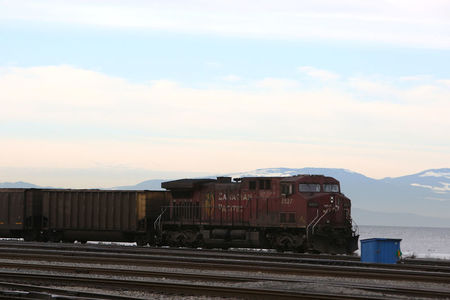 (The opinions expressed here are those of the author, a columnist for Reuters.)

LAUNCESTON, Australia, April 7 (Reuters) – As coal-fired power retreats across most of the globe, China is emerging as the last major stronghold of the polluting fuel and the biggest obstacle to meeting climate change targets.

There was both good and bad news in the Global Energy Monitor’s latest Boom and Bust report, which tracks the development and operations of coal-fired power plants across the world.

The positive news from a climate change perspective is that 2020 saw 37.8 gigawatts (GW) of coal-fired generation retired globally, matching the prior record from 2015, and a rise of 4% from 2019.

However, China commissioned 38.4 GW of new coal plants last year, more than offsetting the retirements achieved in the rest of the world.

China’s new coal plants represented 76% of the global total, and perhaps more worrying for the ambition to lower carbon emissions, the country still has an ambitious construction pipeline.

To put China’s expansion in 2020 into perspective, the country in second place, India, added only 2 GW of new coal-fired capacity, or just 5.2% of China’s addition.

China has 88.1 GW of coal-fired generation under construction, or almost half the global total, and a further 158.7 GW in the pipeline, again, half of the rest of the world combined.

The country with the second-largest amount of capacity under construction is India, with 36.6 GW, but it’s likely that this will largely be the last coal-fired power built in the South Asian nation, given the emergence of cheaper renewable energy and storage solutions and government plans to limit pollution.

The problem for climate activists seeking an end to all coal-fired power is that China is currently heading in the opposite direction to most of the rest of the world.

Coal power is rapidly exiting Europe, with the largest generator Germany having no plans for new plants and the second-biggest, Poland, having only 560 megawatts (MW) under construction.

The United States, which has the second-largest coal fleet behind China, saw 52.4 GW retired during the term of former president Donald Trump, which actually exceeded the 48.9 GW turned off in his predecessor Barack Obama’s second term.

Countries across Asia that had been expected to invest heavily in coal-fired electricity have been rapidly scaling back their plans, with the report stating that up to 62 GW of proposed plants in Vietnam, Bangladesh, the Philippines and Indonesia have been cut, leaving just 25.2 GW remaining in pre-construction planning.

Other major coal users, such as Japan and South Korea, have announced plans to achieve net-zero carbon emissions by 2050, a target that will likely see the end of coal-fired power by that time.

All this leaves China as the potential outlier in the coal-fired world, notwithstanding the pledge last year by Beijing to achieve net zero emissions by 2060.

Given that coal-fired power plants typically operate for at least 40 years, it would be logical to expect that those being built currently would still be working by the time China aims to have net-zero emissions.

How China addresses the apparent contradiction between its massive coal-fired build-out plans and its net-zero emissions plan may become one of the biggest challenges in efforts to limit the rise in global temperatures and meet climate change targets. (Editing by Kim Coghill)