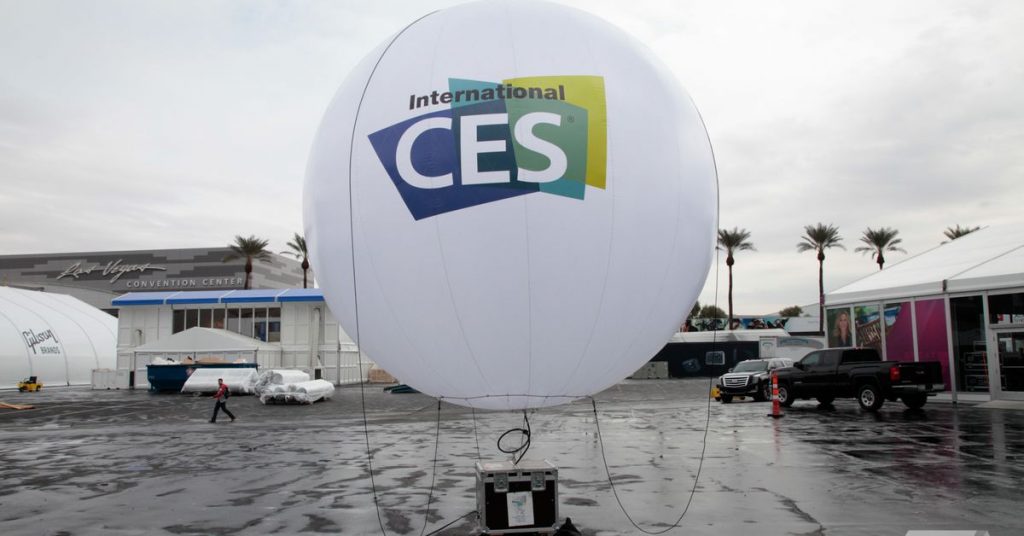 CES, the world’s largest technology show, appears to be in jeopardy due to rising COVID-19 cases in the United States. On Wednesday evening, exhibitor Lenovo announced that it would “suspend all on-site activity in Las Vegas,” following announcements from T-Mobile, Amazon, Meta, and others that they’d be ditching as well, and despite CES organizers’ statements today that the show would go on.

So far, T-Mobile has been the most prominent exhibitor to bail. CEO Mike Sievert, one of the Consumer Electronics Show’s featured speakers, publicly announced on Tuesday that he would no longer be doing a keynote and would “significantly limit our in-person participation.”

Amazon decided not to attend the show in-person entirely, according to Bloomberg’s Mark Gurman, and AT&T also dropped out on Wednesday, according to Axios’ Ina Fried. Intel also appears to be reconsidering as of Wednesday.

CES UPDATE: After closely monitoring the current trends surrounding COVID, it is in the best interest of the health and safety of our employees, customers, partners, and our communities to suspend all on-site activity in Las Vegas.

“T-Mobile will continue to serve as a CES sponsor and title sponsor of the DRL Championship Race but the vast majority of our team will not be traveling to Las Vegas,” reads the company’s press release. “Additionally, T-Mobile CEO Mike Sievert will no longer be offering a keynote in-person or virtually.”

I’m sorry we’ll miss seeing everyone at CES this year, but we are prioritizing the safety of our team and other attendees.

Lenovo typically has a medium-sized presence at CES, typically making an array of announcements, though most of its activity generally happens on the Las Vegas Strip and in private meeting rooms, rather than a public booth on the show floor.

AT&T, by comparison, had a seemingly tiny presence at this year’s show. While the company’s “AT&T Business” division is listed as a featured exhibitor, the company was not expected to have a keynote. AT&T Business also only appears to have one very small booth in the Health and Wellness section of the Las Vegas Convention Center’s North Hall, with no booths for AT&T in general.

Other companies that might make a sizable impact if they ditched CES 2022 include Samsung and GM, which have featured keynotes like T-Mobile, and companies that generally rent a lot of prominent space on the show floor, like LG, Panasonic and Sony. Intel typically rents a lot of prominent space as well, but this year their huge booth appears to be MIA, replaced by Canon, Razer, and other smaller companies. “We are currently revisiting our plans for CES and will provide an update as soon as possible,” an Intel rep tells The Verge.

We’ve asked some key companies if they’re still committed; a Sony rep suggested to us that the company still plans to attend as of Tuesday, and LG said Tuesday that “Unless CTA says otherwise,” it’s “still on board.” CES maps show that LG has a very large booth at CES, but the company’s said it’s taking a hybrid approach, making use of QR codes and AR to show off its wares.

Bloomberg reports that AMD and Samsung are still planning a limited presence, Nvidia will have a virtual-only keynote, and that Qualcomm, OnePlus and HTC still plan to attend. Sony, Samsung and Google are all listed as “monitoring local conditions,” which could be read as a meaningless platitude but also gives those companies an easy out if they decide the conditions have changed.

On Tuesday morning, the Consumer Technology Association, which runs CES, stated that it still plans to host an in-person show. “At this point, we’re very much focused on having this show and doing it safely and putting the right protocols in place to ensure that people feel comfortable with it,” a CTA exec told Adweek.

As of Wednesday, the CTA says it’s received 42 exhibitor cancellations, but has also added 60 new exhibitors in that time.

Here is the CTA’s full statement to The Verge from Jean Foster, head of marketing and communications:

CES will be in person on January 5-8 in Las Vegas with strong safety measures in place, and our digital access is also available for people that don’t wish to, or can’t travel to Las Vegas. Our mission remains to convene the industry and give those who cannot attend in person the ability to experience the magic of CES digitally.

While we recently received 42 exhibitor cancellations (less than 7% of our exhibit floor), since last Thursday, we’ve added 60 new exhibitors for our in person event. Registrations for both our digital access and our Las Vegas event are continuing to show strong momentum, with thousands more registrations in the last few days.

CES 2022 will go forward as important innovation for world health and safety, mobility and solving problems will be exhibited. Furthermore, thousands of smaller and medium sized companies rely on CES for their business. We have increased our official count to over 2200 exhibitors and as announced yesterday many of our top elected officials from both political parties will be at CES.

Given CES’ comprehensive health measures — vaccination requirement, masking and availability of COVID-19 tests — coupled with lower attendance and social distancing measures, we are confident that attendees and exhibitors can have a socially distanced but worthwhile and productive event in Las Vegas, as well as a rewarding experience on our digital access.

In the recent past, we’ve seen the question of “will they or won’t they cancel due to COVID” take a while to resolve. Mobile World Congress in Barcelona, the first big tech show to go on after the COVID-19 pandemic initially hit, held out for quite some time even as partners continued to cancel. Eventually, organizers did have to cancel MWC 2020. Major tech companies ditched the in-person version of MWC 2021 as well. CES 2021, on the other hand, was all virtual.

Update December 22nd, 4:05PM ET: Added new information about AT&T, Intel, and a statement from the CTA, which organizes CES each year.