The question has renewed urgency after the U.S. Centers for Disease Control recommended on Monday that Americans with COVID-19 should isolate for five days rather than 10 if they’re not showing symptoms.

It would be welcome news if provinces were to follow a similar policy as the CDC, said Canadian Federation of Independent Businesses president Dan Kelly, because the labour shortage is a “massive” issue for small and medium businesses.

“The more that we can safely limit the amount of time we have to take people out of the workforce, the better.”

The CDC decision has been criticized as responding too much to business interests, as some such as Delta Airline’s chief executive asked specifically for the reduced isolation period, but Kelly said he hasn’t seen any Canadian provinces prioritizing the economy over public health during this pandemic.

The reduced isolation time is part of a need to think more long-term about the virus, Kelly said.

Some labour groups, however, have come out strongly against moves that potentially endanger worker health.

In Alberta, where Premier Jason Kenney has said he can’t rule out the possibility of having to modify self-isolation rules for health care workers similar to what Quebec has done, labour advocates say even just the mention of potentially reduced insolation periods is causing anxiety among workers.

“There is absolutely no medical or scientific evidence suggesting that it would be either right or proper to reduce the isolation period for workers from 10 days to five days,” said Alberta Federation of Labour president Gil McGowan. “That was a number that was pulled out of the air in response to concerns from employers – it has nothing to do with what’s actually good for workers from a public health perspective.”

McGowan said talk of changing isolation rules is coming at the same time that Alberta’s PCR testing system is overrun, and residents are being asked to rely on at-home rapid test kits if possible. This is problematic, McGowan said, because any workers who do get sick due to exposure to a COVID-positive colleague won’t have access to the positive PCR test result they need in order to access workers’ compensation or federal COVID-19 sickness benefits.

“It all just shows that the government is thinking of employers first and workers last,” he said.

Unifor national president Jerry Dias said in a statement that now is the wrong time for the change in policy.

“Shortening isolation periods and limiting testing requirements, as proposed by U.S. officials, is like playing with fire. Encouraging infected workers back to work, even when they might still be contagious, is a gamble on workers’ lives.”

The head of the country’s largest private-sector union said that public health policy shouldn’t be used to resolve the deep-rooted crisis in the job market.

Paul Meinema, president of Canada’s United Food and Commercial Workers union, said in a statement that while he encourages people to follow public health guidelines, worker safety should come first.

“The needs, priorities and health and safety of frontline workers must be at the centre of any policy decisions about isolation times or any other COVID-related responses,” he said in a statement.

He said that either way, it is crucial workers are paid for whatever time they are required to isolate. 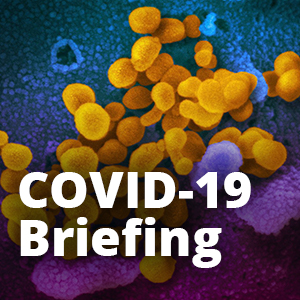 Rafael Gomez, director of the Centre for Industrial Relations & Human Resources at the University of Toronto, said that it’s important provinces emphasize that this is a long-term problem and put in place measures that people can tolerate over years.

Gomez said loosening some isolation restrictions is likely prudent. Vaccination rates are already high, and officials need to think of the wider health of the population beyond just COVID-19 numbers, said Gomez.

“It might very well be a good idea to have five days instead of 10 days for people who aren’t symptomatic, who have critical roles in the economy, who have jobs to do, earnings to actually keep their own households afloat.

“This is all very important, all very consistent with an overall public health guideline.”

— With files from Amanda Stephenson in Calgary

This report by The Canadian Press was first published Dec. 29, 2021.