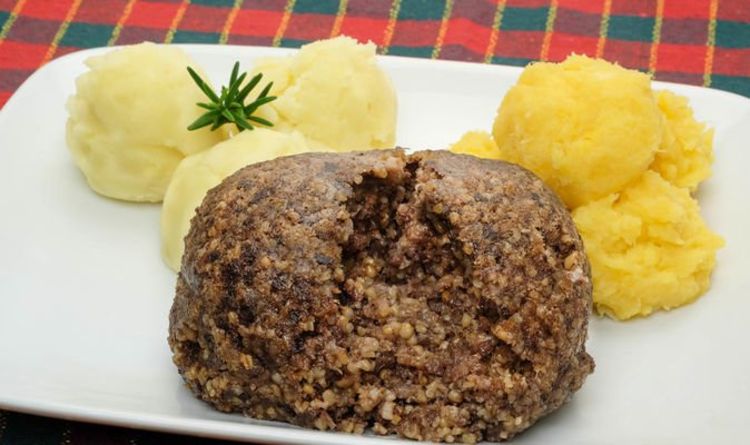 Robert Burns – also known as Rabbie Burns, or the National Bard – is widely regarded as the national poet of Scotland. He’s perhaps best known for his poem (and song) Auld Lang Syne which is sung on New Year’s Eve or Hogmanay. Other poems he’s known for include A Red, Red Rose, A Man’s a Man for A’ That, To a Louse, To a Mouse, The Battle of Sherramuir and Tam o’ Shanter.

When is Burns Night?

The celebration is marked on the same date every year, as it marks Rabbie Burns’ birthday.

The first supper was held in 1801, and initially, his friends had decided to hold the celebration on the date he died – July 21.

Then in 1802, the supper has held on January 29 – on what they thought was Robbie Burns’ birthday.

But by 1803, they had discovered he was actually born on January 25, and since then the suppers have been held on this date.

If you’re planning on marking the occasion at home, why not try out the Marks and Spencer’s new Burns in a Box.

A first for the retailer, M&S is offering the £35 box for two people which will include “everything you’ll need to celebrate Burns Night”.

From haggis with neeps and tatties (carrot and swede ‘crush’ and a potato mash) plus whisky sauce as well as 20cl of single malt whisky and a shortbread assortment, there’ll be plenty to tuck into on Monday evening.

Or why not try a rather more boozy affair and use the night to try out a variety of Scottish whiskies.

If you’re after a nice single malt, why not try:

For a blend, try out:

Or if you’re after a grain scotch, look no further than: