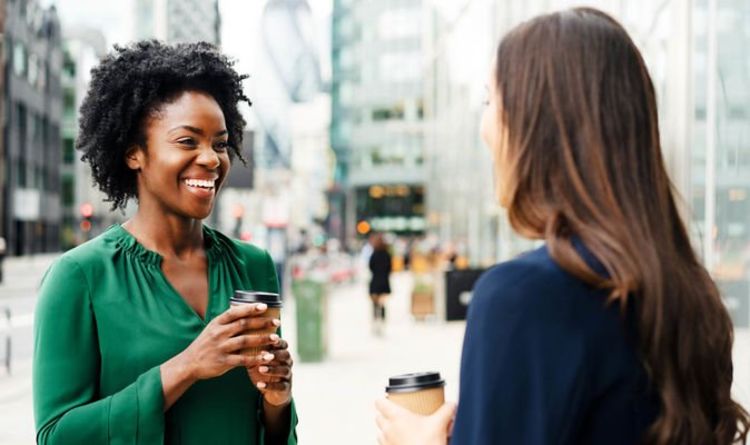 A study of 2,000 adults found those in their fifties are busy saving for their retirement and having a bit of free cash to spend later in life. While those under 40 save for more ‘sensible’ purchases, putting away just under £300-a-month for house deposits, new furnishings and starting a family. However, almost one in six adults have struggled to save following the impact of the Covid-19 pandemic.

And 35 per cent admit their savings fund is now primarily being used as back up in case of loss of income, rather than saving for anything particular.

It also emerged that in these difficult economic times, it is adults in their thirties who are most likely to be squirreling money away just in case they lose their jobs.

While those in their forties are the ones putting cash aside for an unexpected reduction income.

Maitham Mohsin, head of savings at Skipton Building Society, said: “While some adults are fortunately able to save more money than ever at the moment as they’re continuing to work but spending less, due to reduced commutes and less available entertainment.

“There are however, many who are concerned for their financial stability, and who are literally putting every penny into a savings account just in case.

“At Skipton, we know that when your money is in a good place, so are you, so it’s reassuring to see through our study that despite the Covid-19 pandemic, most British adults are sensible when it comes to their savings.

“Our research revealed the average household is able to put away just under £300 a month into their savings pot, which is a substantial amount, especially given the pressures some adults are currently under.”

The study also found that, surprisingly, adults in their twenties are also most likely to have a ‘save don’t spend’ attitude to their finances, contrary to popular belief that the younger generations don’t save.

Young adults in their twenties will put money aside for a wedding and begin saving for a baby in their thirties.

Those in the younger age groups are also more likely to have something in mind when saving, with those in their twenties putting away an average of £308 a month and those in their thirties £295.

Just four in 10 of the over sixties age group will specifically have something to save for regularly, and are less likely to have more than one savings pot on the go at any one time.

Adults in their thirties are more likely to save for things to help them set up for the future – such as furniture, a garden room, or moving house – although they do also hanker over the latest fashion items such as clothing and shoes.

But the youngest polled – those in their twenties – are driven by gadgets, and hope to spend their hard earned cash on items such as a new TV or smart phone when they are not saving for weddings and a home of their own.

Researchers for OnePoll found overall, Brits have found it hardest to save after household income reduced following the birth of a child (23 per cent), and when unforeseen problems happen with the house (20 per cent).

Other reasons saving plans have been shelved over time include being addicted to shopping (nine per cent), taking a job on a lower salary (12 per cent) and having a partner who stopped working (seven per cent).

Maitham Moshin added: “One thing that our savings study highlighted is that most people are likely to think about putting money aside for their retirement in their fifties, but not sooner.

“Whilst this is understandable, with other aspects of your life taking a priority during your younger years such as buying your first home and getting married.

“Starting to save for your retirement in your fifties makes it difficult to provide a pension pot big enough to rely on later in life and we would urge all adults of all ages to think about saving for their retirement sooner rather than later.”