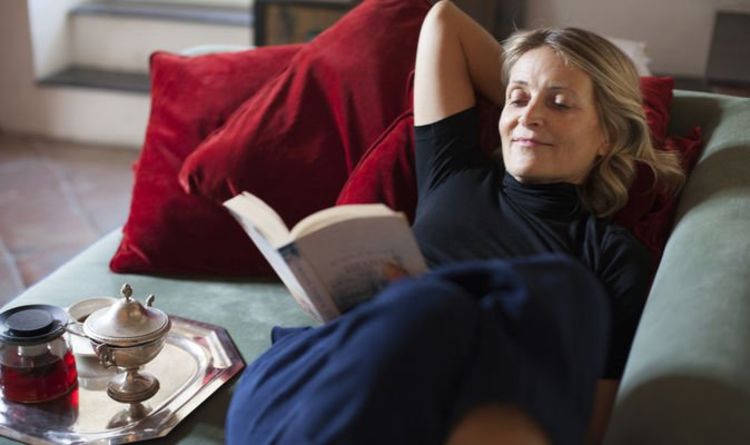 A study of 2,000 adults revealed that despite being able to read stories on tablets, phones, Kindles and listen to audiobooks, more than two thirds still opt for a paper or hardback book.

Nearly half of those (46 percent) like to be able to physically turn the pages while 42 percent prefer the feel of it in their hands.

A quarter also admitted they love the smell of a book, 32 percent feel they get more immersed in the story of a physical book and 16 percent are reminded of libraries.

But after bookshelves became a popular backdrop for video calls during the lockdowns, 35 percent also admitted to preferring physical books as it meant they could add it to a bookcase.

The research, commissioned by Oxfam, found that despite the digital revolution, just 16 percent prefer to read an E-book while less than six percent turn to audio stories.

It also emerged the average adult currently owns 49 paper or hardback books and reads for around three hours a week.

Dr Elena Touroni, a consultant psychologist and co-founder of The Chelsea Psychology Clinic, who is working with Oxfam, said: “People prefer to read physical books because they offer something more tangible and grounded.

“There’s something that can feel more “permanent” about real books over digital formats.

“Reading offers us a form of escapism. It provides us with a break from our everyday lives, and often also, an opportunity to learn something new and expand our minds.”

The study also found nearly six in 10 (58 percent) readers claim a good book helps them to relax, with 46 percent using it to escape from the real world.

But more than three in 10 simply read books to learn something new while 39 percent do so to feel happy.

Nearly half (45 percent) also admitted to reading more books than usual since the start of lockdown, while 84 percent of those heading off on a holiday this summer will take a book with them.

After the boom in reading, three quarters said they are considering donating books once they have read them, with another 72 percent often buying a used book themselves.

The poll also showed books are the item people are most likely to buy second-hand, with 71 percent doing so because it’s cheaper, while 52 percent like that it’s more environmentally friendly.

Others like reading pre-loved books because of the smell (18 percent), texture (18 percent) and knowing that you might find a letter or note inside (15 percent).

And 45 percent like to think about where second-hand books have come from.

The research, carried out via OnePoll, found 49 percent of adults often buy second-hand items, with books, cars, clothes, CDs, and DVDs at the top of the list.

More than half of Britons feel buying second-hand items is just as good as buying new with 59 percent saying it is more appealing now than it used to be.

Dr Touroni added: “Purchasing second-books can provide us with feelings of connection.

“Knowing that someone else’s hands have held the very same book — and hopefully, enjoyed it as much as we have — can help us to feel more connected.”

Ian Falkingham, books lead for Oxfam, said: “Buying second-hand books can be beneficial for so many reasons; it’s far cheaper, better for the environment and holds a personal connection to whoever owned the item before.

“You can find an Oxfam shop on almost every high street, and thousands of books, from adventure stories to history books, collectables to crime fiction, on our Oxfam Online Shop – there’s always something new to discover.”