Blade Runner 2049: Jared Leto knows the truth about whether Rick Deckard is a replicant | Films | Entertainment 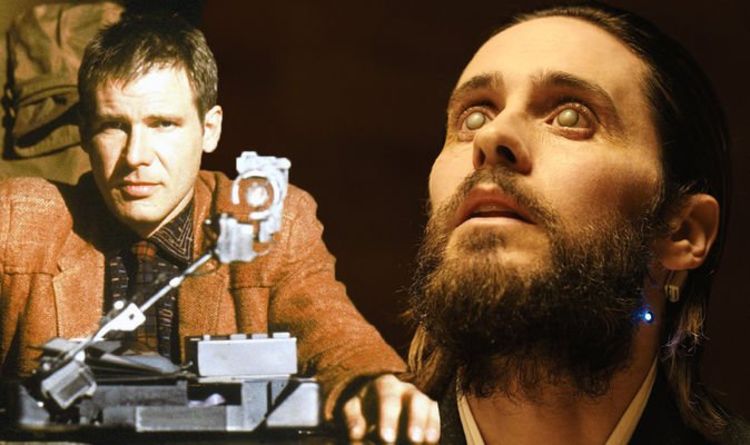 Director Denis Villeneuve revitalised the world of Blade Runner in 2017 by continuing Deckard’s story from the 1982 film. Ford reprised his role as the original Blade Runner, a federal agent tasked with tracking down rogue replicants, but the story did not give a definitive answer as to whether he was one of them or not. The biologically engineered replicants were originally designed to have short three-year lifespans, but clues pointed towards Deckard secretly being one of them without him knowing.

Agent K (Ryan Gosling) tracked Deckard down in the movie and pondered if he was a replicant a few times – but he couldn’t find any evidence either way.

However it has now been revealed Wallace star Leto alone knows the truth about Deckard’s lineage.

In the third act of the movie Wallace captured Deckard in an attempt to learn about the hero’s secret daughter.

During that scene Wallace ran some tests on Deckard, a key moment which revealed the truth to Leto, but not to viewers.

Leto said in a recent interview: “There are two movies now where I know the answer and nobody else does.

“Denis [Villeneuve] told me on Blade Runner that because [Wallace] looks inside of Harrison Ford’s mind, [Wallace is] the only one who knows if he is a replicant or not. So he said that I can decide, so I have that secret.”

Leto also explained how he had a secret on his new movie, The Little Things. He revealed only he knew the truth about whether his character had killed anyone or not.

Previously Deckard’s humanity had been an elusive subject, but now fans know a definitive answer exists.

Wallace considered himself to be a god within the Blade Runner universe. The corporation owner created all replicant life and even called his creations angels.

This vague statement is again a reference to the first film, where the replicants on the run from Deckard could be singled out by a glimmer in their eyes.

Furthermore, Wallace posited that Deckard was actually a replicant and had been engineered to fall in love with Rachael (Sean Young) all along.

Deckard and Rachael’s love created the first ever replicant-born child Dr Ana, the main focus of 2049.

Conversely, the original Philip K Dick novel, Do Androids Dream of Electric Sheep? – of which the Blade Runner series is based – Deckard is definitively human.

However he does spend most of the story worrying about whether he is actually a replicant after all.

Later in the interview Leto praised Ford for the scene in which he was interrogated.

Leto said: “We finished up the scene. Long shoot day. Very intense… we did the scene a bunch of times. We’re finished up and they shuffled me off to the side, the AD did.

“I was standing there alone and someone comes up to me and wraps their arms around me and gives me this huge hug. A very emotional hug… it felt like there were tears flowing. It was Harrison Ford, it was a special and beautiful moment.

“I think that he went somewhere really special in that scene and I was so happy to be there with him as he was putting such great work on the screen.”

Blade Runner 2049 is available to watch on Amazon Prime Video.