Billie Eilish new music: When is Billie’s next album out? ‘We’ve been working’ | Music | Entertainment 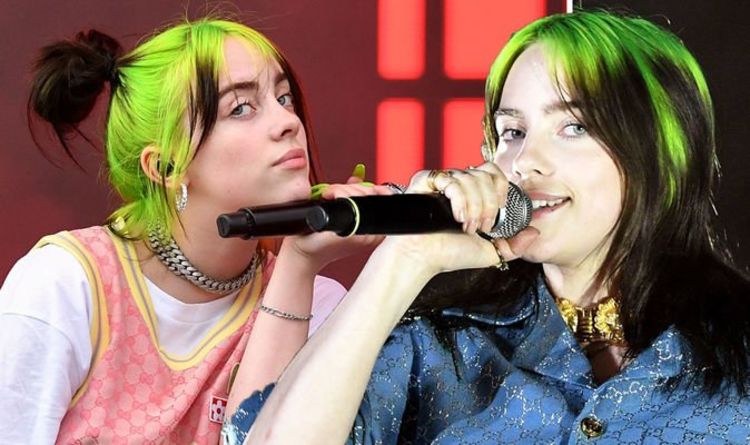 When We All Fall Asleep, Where Do We Go? was met with widespread critical success and peaked at number one in multiple countries including the US, UK, Australia, and Canada. Since then, fans have been clamouring for more Billie Eilish music, and the star has hinted they won’t have long to wait. The singer has said she’s working on “sixteen new songs and love all of them,” suggesting a new musical project is on the way.

When is Billie’s next album out?

At the moment, Billie Eilish is remaining tight-lipped about her new album, except that we know she has one waiting in the wings.

The Don’t Smile at Me singer has recently debuted a new look, swapping her green hair for platinum locks in new photos on social media.

And following the release of the new pictures, fans pounced to question when new music would be dropping.

One fan posted: “Tell us about the album I’m about to cry.”

One wrote: “I feel like the billie eilish new album is going to be superior to the other one.”

READ MORE:  Why did Led Zeppelin not release singles?

Another added: “The way am waiting for Billie Eilish to announce and drop that album.”

A fifth tweeted the artist, asking: “Do you have something to announce? Tease? Drop? Speak? Say? I BEG??????”

In 2020, Billie was meant to be on the road performing in her world tour, however that never happened due to COVID-19.

While some artists have rescheduled their tours, Billie chose to cancel it instead, meaning her focus has shifted onto new work.

She has since revealed she has written a huge number of songs for the album, which she has worked on with her brother Finneas.

Speaking to Vanity Fair in February, which she has done on the same day every year for the past four years, Billie confirmed new music is on the way.

“I think Finneas and I have just seriously really gotten in the groove. We do it so fast.

“So, I’m so much better at it. I love it so much more. I actually really do enjoy it now and I do feel like I’m pretty good at it now.”

Later that month, she spoke to late night host Stephen Colbert, revealing that not only does she have new songs, but in fact a new album.

She said: “I don’t think I would’ve made the same album, or even the album at all, if it weren’t for Covid.

“That doesn’t mean it’s about Covid at all, it’s just that, when things are different in your life, you’re different.

“That’s just how it is. So, I have to thank Covid for that, and that’s about it.”

Billie also suggested this album may be a little different from her first, seeing her expand her vocal stylings.

She added: “There’s a couple of moments on this album where I pull some tricks out.

“It’s really just about what I feel like sounds good.”

So far, since her 2019 album When We All Fall Asleep, Where Do We Go? was released, Billie has released four singles not included on the album.

The first was Everything I Wanted, which went on to win the Grammy for Record of the Year and was released in November 2019.

After this, in February 2020, Billie’s soundtrack song for No Time to Die, the upcoming James Bond movie, was released.

Billie performed this song at the BRIT Awards, accompanied by her brother Finneas and a full orchestra, conducted by Hans Zimmer.

Billie’s second two singles of 2020 were both written in lockdown during the coronavirus, the first being My Future in July 2020.

The singer told Zane Lowe: “We wrote the song [My Future] in like two days, this is the most we’ve ever worked in one period of time.

“But we record, we wrote it like a month into quarantine probably.

“And it was pouring rain. It was such a perfect setting.

“And then we recorded the vocal in Finneas’ studio, which is just in his basement in his house.”

Her final non-album single was Therefore I Am, which got to Number Two in the US Billboard charts.

In 2021, Billie released a duet with Spanish singer Rosalía, called Lo Vas a Olvidar, which was part of the soundtrack of hit US TV series Euphoria.

While it is unclear whether these songs will make it onto the new album, it would suggest there could be at least 13 more songs in Billie’s arsenal for a new record, if these were part of her aforementioned 16 tracks.

For now, fans will have to wait with bated breath for an announcement and can enjoy blonde hair images of Billie in the meantime.