Bigg Boss 15 is riding high on drama, fun and controversies. The relationships in the house are changing with every passing day. In the previous episode of Weekend Ka Vaar, Rakhi Sawant was seen mocking Shamita and imitating her for making certain expressions when she lifts her arm. Salman Khan asked Shamita that a lot of people are asking that she doesn’t have any pain in her shoulders while blow-drying her hair, but when she is asked to do household duties she talks about her pain. Rakhi Sawant made fun of her and mimics her.

Raqesh took to Twitter and tweeted about the incident. He called out the makers for regarding it as a joke. He called Shamita already a winner and thanked Nishant for being there with her. He wrote, “Sense of humour? entertainment? This is clearly hitting below the belt, PERIOD Stay safe, take care and see u soon @ShamitaShetty Your dignity makes you a winner already. ThanQ #NishantBhatt @teamnishantbhat for having her back @BiggBoss @ColorsTV #ShamitaShetty #BiggBoss15.”

Rajiv wrote a long note, “Just wanted to say Shamita has been in excruciating pain! When I went into the house she was doing all the washing up alone without complaining! In a task, she got injured very badly and the doctor had told her to tone it down! I used to massage her arms and back to give her relief every night. There were days she would cry in pain. She’s a strong girl! She really is trying her best. I was in the house and believe me it’s very genuine she really is suffering from extreme shoulder pain on both sides and is taking treatment for the same.” 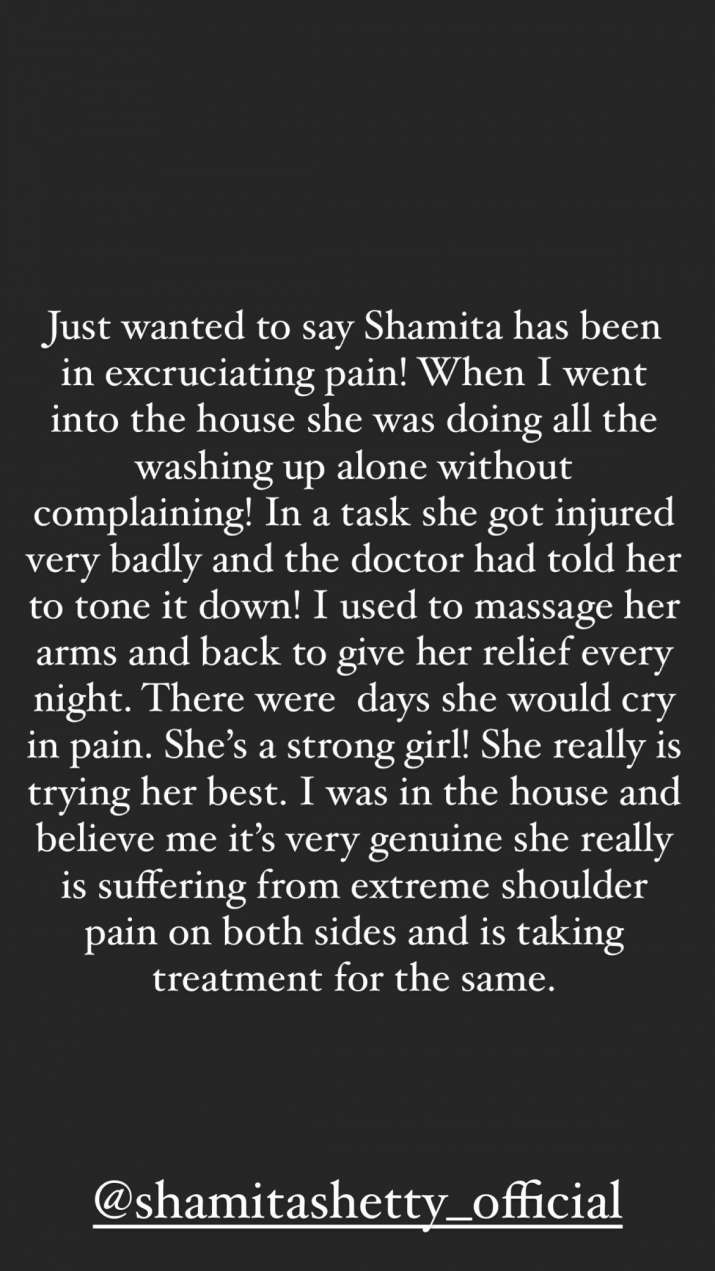 Rajiv also posted a picture of himself giving a massage to Shamita, while he was in the Bigg Boss house. “I used to do this every night to help her. It used to make her sleep better. Trust me her pain tolerance is high. She never once complained. The doctor had told her not to do certain things. Love you Shams be strong,” he wrote in the caption. 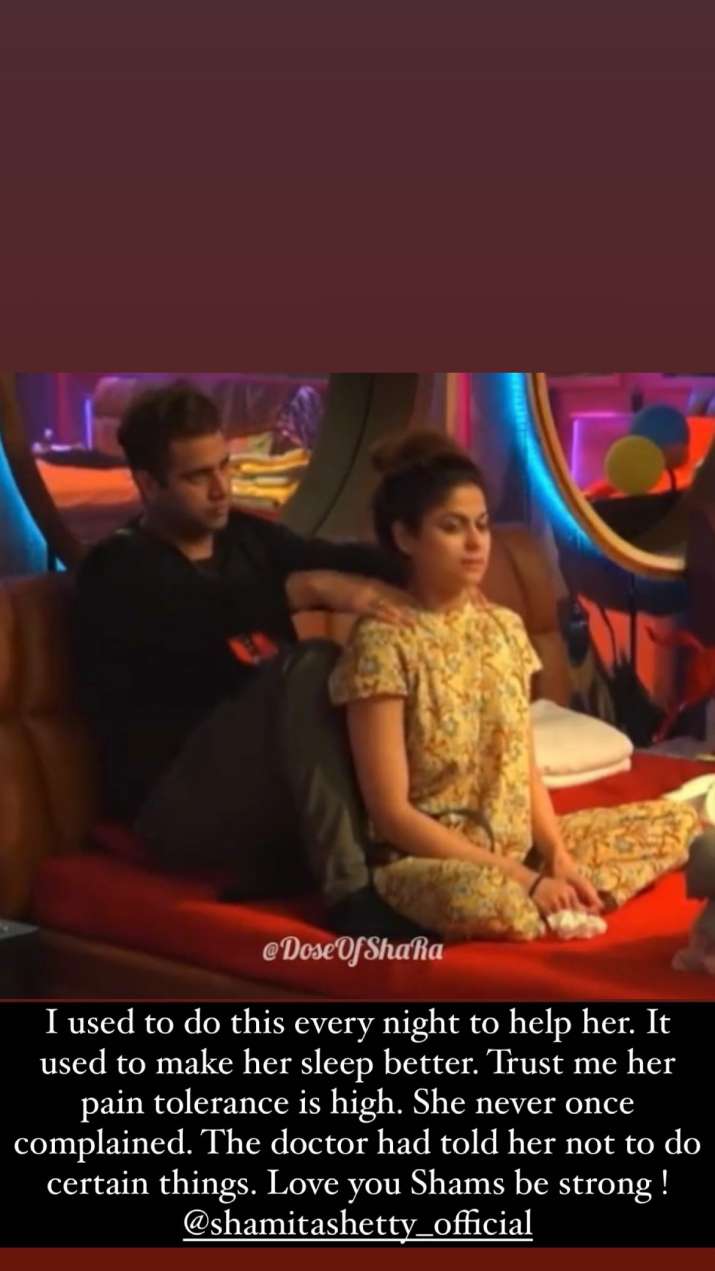