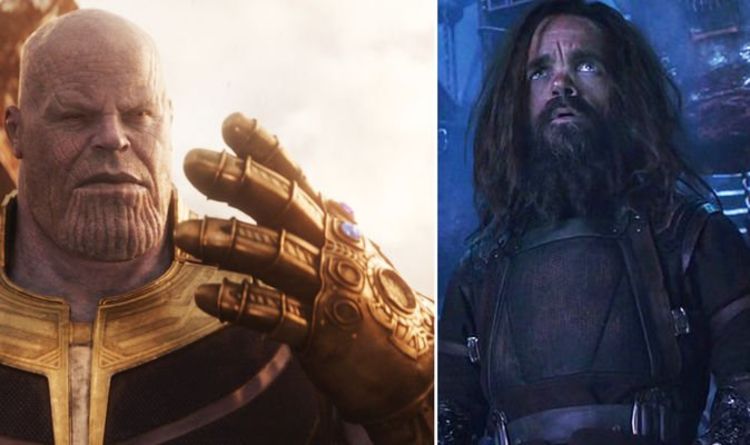 During Avengers Infinity War, Thor, Rocket and Groot headed to Nidavellir to forge Stormbreaker. Upon arrival, they found Eitri, the king of the Dwarves, was the only one of his people Thanos didn’t wipe out. The Mad Titan had forced them to forge his Infinity Gauntlet and smelted Eitri’s hands in metal afterwards. However, a popular new fan theory argues that Peter Dinklage’s character was actually a traitor and forged Thanos’ gauntlet out of greed before killing off his own people.

A Reddit user argued: “It always bugged be that Thanos killed ALL of the space Dwarves instead of his usual ‘balanced half’.

“I think it’s possible he made a deal (using either power/money) as an incentive to Eitri for him to make the gauntlet willingly.

“Eitri was a master smith and could…easily have put some kind of failsafe or sabotage into the gauntlet.”

The theorist believes that the King made a deal with Thanos and was possibly found out by the remaining half that the Mad Titan had left alive; so had to kill them himself.

The fan continued: “Thanos has a weird sense of honour so he didn’t kill Eitri, but he did take measures to stop him from making anything else.

“Maybe he planned to take more serious measures but kind of respected his will in killing the other Dwarves.

“After all, living with his actions is a far worse punishment than death. Eitri, feeling tricked felt the weight of his failed gamble and saw the cost of what he had done.”

The theorist believes this might explain why Eitri transferred his anger towards Thor.

Then, in May, the Black Widow solo movie – which is set before Infinity War – is scheduled to release in cinemas after a year’s delay.

While other MCU movies to release in 2022 include Shang-Chi and the Legend of the Ten Rings, Eternals and Spider-Man No Way Home.

This June sees the Loki Disney+ show arrive, which will follow the 2012 alternate version of the god of mischief who escaped with the Tesseract in Avengers Endgame.

Other MCU Disney+ shows to release in 2021 include What If…?, Hawkeye and Ms Marvel.

Then, in 2022, the MCU movies will be Doctor Strange in the Multiverse of Madness, Thor Love and Thunder, Black Panther II and Captain Marvel 2.

While next year’s Disney+ shows include Moon Knight, She-Hulk and possibly The Guardians of the Galaxy Holiday Special.

Also in the works are the following movies: Ant-Man and the Wasp: Quantumania, Blade, Fantastic Four and Guardians of the Galaxy Vol 3.