On Sunday (January 23), celebrity couple Anushka Sharma and Virat Kohli‘s one-year-old daughter Vamika’s face was revealed by a broadcaster of the ongoing India-South Africa series. In the viral videos and pictures, the actress and her daughter can be seen cheering for Virat from the stands. As soon as the pictures of the little munchkin went viral over the internet, #Vamika started trending on Twitter. Netizens who were eagerly waiting to get a glimpse of the star couple’s daughter have taken the screenshots and circulated the pictures all over social media. “Junior kohli,” “She is carbon copy of her father,” “Omg so cuteee,” “The best part of the match today;” fans have been tweeting since the reveal. A section of social media users has even shared memes regarding the same. 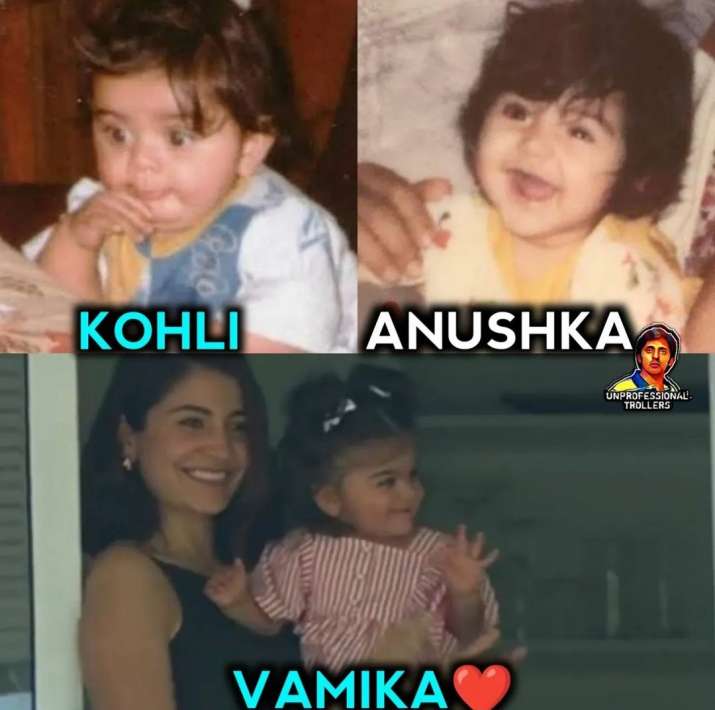 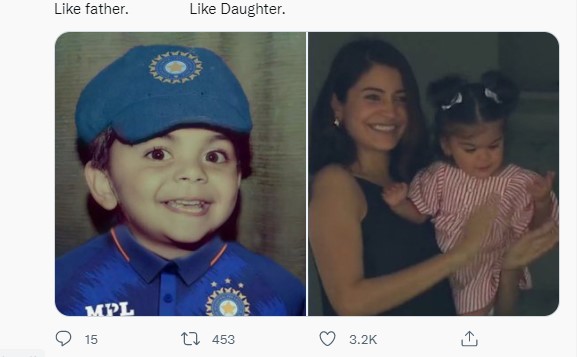 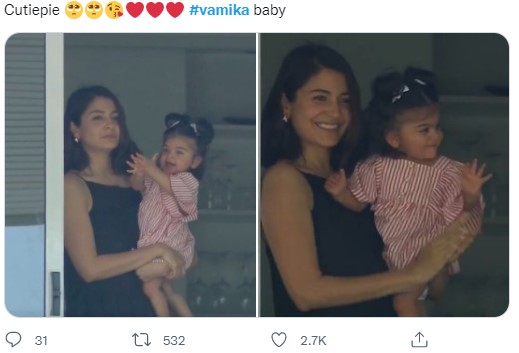 Virat and Anushka have never revealed Vamika’s face in any of their pictures since her birth. The star couple has also requested the paparazzi not to click her pictures since they want to maintain the privacy of their child.

Despite all this, a broadcaster revealed the video of Anushka holding her daughter in her arms while cheering for Virat from the VIP lounge at the stadium.

Meanwhile, die heart fans of the star couple have slammed the broadcasters and have been demanding fan pages and other accounts to delete the posts. “Well, honestly it was terrible thing of them to do that by not respecting the privacy they needed!” a fan wrote. “Plz respect their privacy and delete this,” “Stop sharing dude,” “Plz don’t do that hide her face then share it,” tweeted other fans.

For the unversed, Virat and Anushka had earlier issued an official statement revealing the reason for keeping Vamika away from the limelight, “We have decided as a couple to not expose our child to social media before she has an understanding of what social media is and can make her own choice.”

Recently, Anushka had also penned a note thanking the camerapersons for not clicking pictures of their daughter Vamika while they accompany Virat for his cricket match tours. “We are deeply thankful to the Indian paparazzi and most of the media fraternity for not publishing pictures/videos of Vamika. As parents, our request to the few who carried the images/video will be to support us going forward. We seek privacy for our child and would like to do our best to give her a chance to live her life freely away from media and social media. As she is older we cannot restrict her movement and hence your support is needed so kindly practice restraint in the matter. A special thank you to fan clubs and people on the internet for going out of your way to not post images. It was kind and highly mature of you,” Anushka had shared.

Anushka and Vamika have recently accompanied Virat in South Africa for the ongoing India-South Africa series.