Airport traffic is once again taking off, according to new data from the Winnipeg Airports Authority.

March marked one of Winnipeg Richardson International Airport’s busiest months since the COVID-19 pandemic began. Over 187,900 people travelled through the space that month, representing nearly half — 44 per cent — of all passengers visiting the airport in 2022’s first quarter.

“The numbers we saw in the final month of the first quarter are extremely encouraging when it comes to our recovery,” Nick Hays, the WAA’s president and CEO, said in a news release.

On March 24, the airport saw more than 9,400 travellers — the most for a single day in over two years, according to the WAA.

This year’s first quarter traffic was up 314 per cent compared to last year’s. Still, it’s 38 per cent below pre-pandemic numbers for the same period. The WAA counted 428,994 passengers in January through March 2022.

“The increase in traffic shows that our community is ready to travel again,” Hays said in a release.

Last year, 1.2 million passengers trekked through Winnipeg’s airport. It was a slight decrease from 2020 and a 75 per cent cut from 2019’s 4.5 million travellers.

The WAA reported a consolidated revenue of $24.4 million for 2022’s first quarter. Its pre-interest, depreciation and tax earnings were $7 million, compared to a flat result during 2021’s first quarter.

The airport’s cargo sector continues to grow, according to the WAA. A total 1,120 cargo planes landed in Winnipeg this January through March.

The WAA is developing a $62-million multi-tenant air cargo logistics facility, which will be located by the current Air Canada cargo building on Sargent Avenue.

— with files from Martin Cash 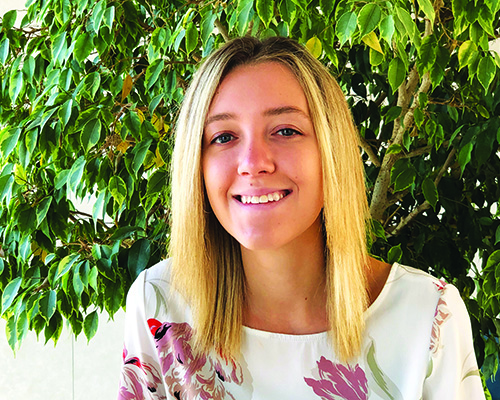 Gabby is a big fan of people, writing and learning. She graduated from Red River College’s Creative Communications program in the spring of 2020.