The star cast of the upcoming social comedy film ‘Dasvi’ has been the talk of the town since its trailer released on March 24. The Abhishek Bachchan, Yami Gautam and Nimrat Kaur starrer film has been hogging praises all over the internet. From Amitabh Bachchan to Deepika Padukone, everyone loved it and are eagerly waiting for the film to release. Yami Gautam’s husband- director Aditya Dhar also gave a shoutout to the cast, while taking a witty jibe at his wife’s role as a strict IPs officer, who will be seen schooling Abhishek in the movie.

Sharing the trailer, he wrote, “And I thought I was the only one getting schooled by you!!” along with a smiling face and a heart emoticon. He also called the trailer, “Super fun!”. 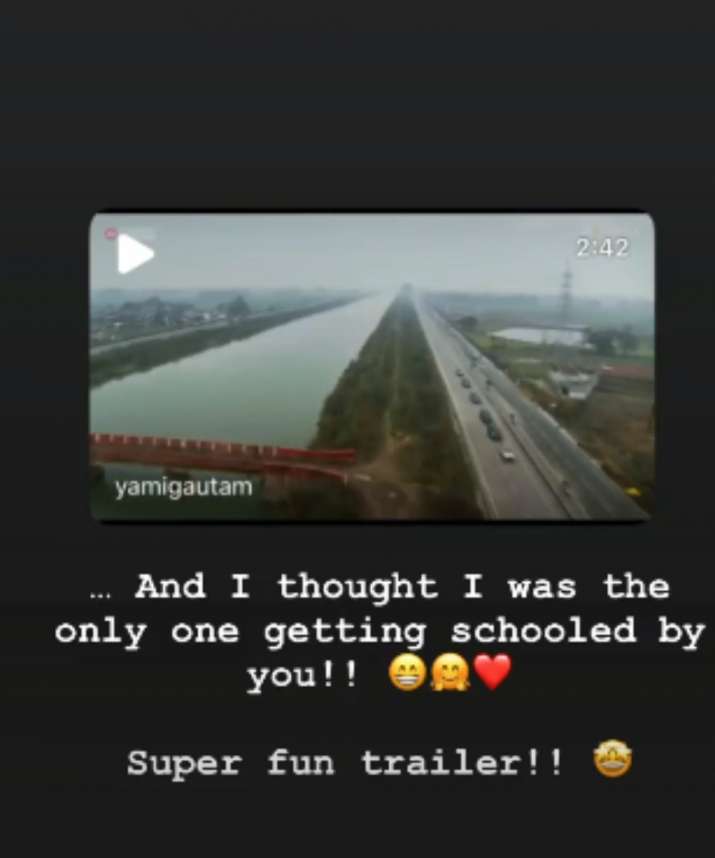 With the theme of “Hasega India, toh padhega India!” at its core, the “Dasvi” trailer is humorous and gripping. The social comedy with Abhishek Bachchan in the lead tells the story of Ganga Ram Chaudhary, an anpadh, corrupt and dil se desi politician who finds a nayi chunauti in prison: education. Now, passing dasvi kaksha is his next manzil! With a quirky biwi by his side and a rough-tough jailor on his trail, what happens to this natkhat neta forms the crux of the plot. Dasvi Trailer: Abhishek Bachchan’s raw & rustic avatar will make you say he’s underrated actor

Helmed by Tushar Jalota, Nimrat will play the role of Bimla Devi, Chaudhary’s wife who has now taken over his chief minister seat while he is in jail. Yami will mark her presence as IPS officer Jyoti Deswal.

Produced by Dinesh Vijan under his banner Maddock Films, Jio Studios, and Bake My Cake Films, ‘Dasvi’ will release on Netflix India and Jio Cinema on April 7.