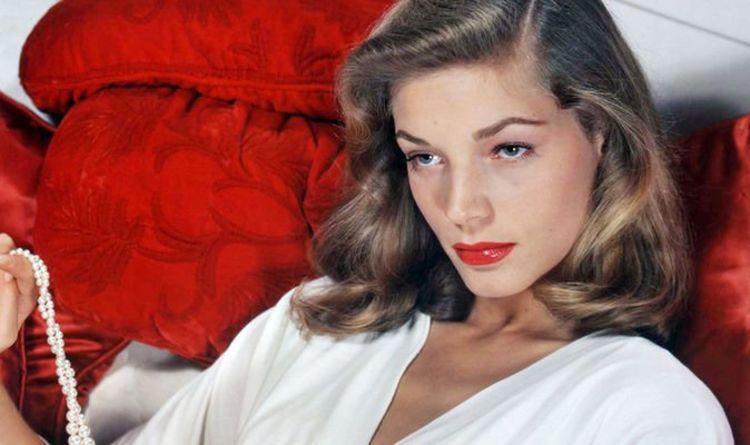 Stardom is a fragile and possibly preposterous state of being. “Not a profession,” as Lauren Bacall once noted, “but an accident.” There are those who have attained it, take it desperately seriously and try to cling on to it at all costs.

It gives their lives meaning, and fills for them, I fancy, a spiritual emptiness. Some grasp its ironies, but have, often reluctantly, come to an accommodation with it. There are those who try to use it as a force for good, and others ‑ sometimes ‑ for vengeance.

One or two have, with varying degrees of regret, seen it slip through their fingers. Others ‑ and, tellingly, these tend to be women ‑ reckon it comes at too high a price and have decided they’d be better off without it. It’s bestowed randomly, and can never be taken for granted.

For all that, the question I still get asked, whenever I come back from interviewing a star, is: “What’s he/she like?” It contains an expectation that there has to be something special, as if stars can’t just be like everyone else.

Sometimes, however, I’m afraid they are: Rowan Atkinson, for instance, apologised to me profusely for being so dull. So did actor Sir Michael Hordern, though, in his case, he wasn’t… not remotely.

Her publicist was adamant the star would talk to me about any subject, except her first husband, Humphrey Bogart. “She feels she’s talked about him quite enough,” he said. “So, I’d be obliged if you didn’t mention him…”

Even as she was taking her seat beside me at Le Caprice, the fashionable London restaurant, it was his name that was first to cross her lips: “Bogey and I used to come to this joint after the war. He was very particular about where he ate, and, in London in those days, frankly, there wasn’t a lot of choice.”

Bogart had died of cancer in 1957, when Bacall was 31. My interview with her took place 30 years on, when she was making a now forgotten British thriller called Tree Of Hands.

“Bogey understood what it was to be a man in a way most men nowadays don’t,” Bacall said. “He loved the outdoors, the sea, horses, all of that kind of stuff, but he also got that a real man could let a woman be a woman…”

She was a lot more interested in the menu than me. “Interviews are like blind dates,” she said, not looking up. “You never know who the hell you’re going to end up with, so the one thing I always insist upon is choosing the restaurant. The conversation may be boring, but at least that way I can ensure I get a decent meal.”

I was barely 25, a Fleet Street newcomer, and I should probably have approached the lunch a lot more reverentially. I realise now it was the intensity of her love for Bogart that made the rest of her life so challenging, turning her into a bit of a prima donna.

Still, the day I lunched with Bacall was the beginning of one enduring love affair in my life. And that was with Le Caprice.

It was the summer of 2007, and we were chatting in his dressing room at London’s Apollo Theatre, where he was preparing to open in the title role of Kean.

“All the anger that I’ve had has actually worked out rather well for me,” he said. “Certainly, I wouldn’t have had the career I’ve had without it.”

It had been two years since Sher had last appeared on stage, but playing the 19th century actor Edmund Kean, was, he said, too good to resist.

When, in 1968, he had come to Britain from his native South Africa, the most celebrated actors were Olivier, Gielgud and Richardson. All were tall, well-spoken and conventionally handsome. Sher was Jewish, diminutive and had a pronounced South African accent.

“Kean gave me great heart because he broke the mould ‑ he was illegitimate, born into semi-poverty, and he, too, was short and dark and his voice was not usual. This was someone who defied the rules, and, of course, he had, too, his demons.”

There was another similarity: addiction. Kean had sought salvation in alcohol and Sher in cocaine. Sher was once in the closet about all three of his most defining characteristics ‑ not merely his homosexuality, but also his nationality and his faith.

He used to say the happiest day of his life had been in 1979 when he was granted a British passport and burnt his South African one.

That day, he said, had since been surpassed when, on December 21, 2005, he entered into a civil partnership with Gregory Doran, at the time an associate director of the Royal Shakespeare Company.

“There are hard-line gay activists who say that it isn’t good enough. It’s not called a marriage. I don’t care. I can call Greg my next of kin and that is what matters.”

Like everyone, I was saddened to read this week that Sher, now 72, has been diagnosed with a terminal illness, but heartened that Gregory, now his husband, is taking compassionate leave to care for him.

They are a remarkable couple.

He once gave me this advice: “If you find a vulgar bone in your body, treasure it, nurture it, exercise it, make it as strong as you possibly can and it’ll end up making you very rich indeed.”

Pot-bellied, bespectacled and with an absurd combover, Sir John showed charm often made up for good looks.

“Don’t write clever-clever stuff,” he told me, when I mentioned I had aspirations to be a playwright, “write something that people will actually want to watch.”

Mortimer monetised just about every experience he had by turning it into a drama. Called to the bar at 25, he took silk when he was 43 and appeared in a number of high profile cases, which often turned on the issue of freedom of expression, although he loved one particular sort of criminal case.

“I much preferred murderers because, having eliminated the one person who bugged them, they tended to have found a certain peace,” he said. “People who were getting divorced were still full of rage. I found them rather trying.”

In 2004, I heard he’d had a surfeit of port at a dinner party and revealed that he had an unacknowledged child by the actress Wendy Craig. I nervously broached this with Mortimer, and, to my astonishment, he confirmed it. I knew I had a front page story.

Craig had got to know Mortimer when she appeared in his first full-length West End play, The Wrong Side Of The Park, in 1960. Their son Ross was raised by Craig and her husband, Jack Bentley, the writer and musician, whose name he took.

Unlike Mortimer, Craig saw dignity in silence. “I don’t understand why John suddenly felt the need to tell the world,” she said. Old men like to boast of their sexual conquests. Women are, by and large, a lot less vulgar.

The Ben-Hur star was appearing in London as Sir Thomas More in A Man For All Seasons. His views on everything from gun control to gay rights had made him politically incorrect before the term had even been invented.

He’d checked into the Dorchester and there was a queue of journalists waiting outside his capacious suite. When I was finally ushered into his presence, he was in a foul temper. The reviews for his performance had not all been adulatory.

“It’s the mean-spiritedness of some of your critics that gets to me,” Heston began, before I’d even asked a question. “They are all liberals and if the sons-of-bitches were honest, they’d admit it’s my politics they were sitting in judgment upon, not my acting. I didn’t expect any favours, but blind hatred is well out of order.”

He approved mightily of Margaret Thatcher. “I’m sick of the scroungers, sick of the people who want a free ride,” Heston told me. “I’m proud a member of my profession (Ronald Reagan) is now leading the free world.There’s no more important part of the job than communicating and that’s what Ronnie knows all about.”

I asked Heston, then 62, why he had never stood for office. “I haven’t the temperament for it and I certainly haven’t the patience,” he growled. “I’d almost certainly have ended up decking some of my opponents ‑ and they’d have deserved it.”

“I’ve taken a lot of risks in my life, personally as well as professionally,” Susannah York told me. Some would say I’ve been foolhardy. A lot of the time I would agree, but at least I’ve tried.”

It was the late 1990s and York ‑ 50-something, but still stunningly beautiful ‑ was taking a break from rehearsals for Hamlet at the Barbican in London. A feminist in the days when that took courage, she resented mentions of her “toyboys”.

“If I were a man who went out with younger women, it simply wouldn’t be commented upon, but it’s different for a woman. There are so many attitudes in this country that are inherently sexist.”

Marlon Brando shocked her when he arrived on the Superman set and it became clear he hadn’t learnt his lines, even for a fee of several million dollars.

York pocketed just $20,000 for playing Superman’s mum, but she couldn’t, in that instance, complain. “They were paying for the legend,” she said. “When we weren’t filming, I found it impossible not to like Marlon. He was brilliant and funny and down to earth.”

By the  time I got to know Robbie Corbett, he was 83 but still full of life and enthusiasm. If I wrote a piece he disagreed with, he was on the phone. He never wanted an argument: he just wanted to establish why I had thought something. His silences could be damning. He had a strong sense of the power of words and of right and wrong.

Corbett was, of course, a living legend, best known for appearing in the BBC television series The Two Ronnies with his old friend Ronnie Barker.

He’d also trodden the boards and done his share of pantos. He never, however, acted like a star: he was just interested in people, liked to laugh and wanted to make sure everyone around him was having a good time.

Corbett had an understated sense of patriotism based on the idea that everyone should have the same chances in life he’d had. Childhood memories of the war had left him with a sense, too, of the fragility of freedom.

Our later conversations invariably ended with us both saying we must have lunch. Sometimes he would commit to a date, but later cancel, saying he was feeling “a wee bit under the weather”.

Over the months, our calls became less frequent, and when I phoned, I found myself talking more often than not to his wife, Annie. She was initially mystified why suddenly he seemed so weary. She was obviously worried sick. The Corbetts sought medical advice and motor neurone disease was diagnosed; a cruel, debilitating disease.

I’ve no doubt at all that Corbett, who had devoted his entire life to making people laugh, had been loath to make them sad. He died in the spring of 2016: I associate the moment now with the start of a harsher ‑ and certainly less humorous ‑ era.